10 Things that baffled me in Bollywood movies

I love bollywood movies. The music, the art, the beautiful women, the dance..everything. There is nothing like a bollywood movie in this world. No, seriously. Think about it. When it comes to entertainment, 90 mins is not enough for a bollywood movie. In my personal opinion, bollywood is a genre in itself, beyond compare, beyond match, beyond all known experiences! 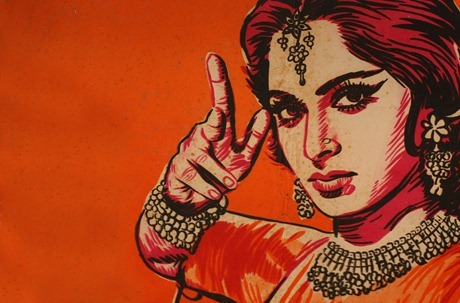 Speaking of experiences, there is one thing about bollywood movies that always amused me. Like the sacred geometry of the Pyramids of Giza and its alignment with the Orion constellation. Or even more than that. Truly. The heros.

The heroes of bollywood movies are simply out of this world. I know, you might be thinking Rajnikanth – but no, that is cliché dude. Someone tampered with your mind there. In fact, every bollywood actor is a Rajnikanth (but none like him!) when it comes to defying physics. Action speaks more than words, but when it comes to bollywood action, action speaks more than everything else in this whole fucking universe. I mean, William Gilbert and Gallileo Gallilei would probably be ashamed for their hypothesises. If they watched bollywood movies they would realize that they were simply…wrong!

Okay, let me not try to sound sore there, but here are ten of the things that haunted, baffled, amused and challenged my understanding right from the childhood days. Oh! Bollywood. You so funny.

After getting shot, people save their last breath for another ten or fifteen minutes until they recite a whole flashback story, apologize and NEVER give out the villain’s name but die just before that. As if the hero is supposed to solve a puzzle soon after.

Irrespective of what gun you use, pistol, shotgun, machine gun, AK 47, or whatever, heroes don’t reload them. They have an unlimited supply of bullets with which they go bang bang after the villain, his friends, family, goons, and everyone else in between. All with a single pistol !

In almost every bollywood movie till date, a time bomb ticks like a clock, and is made up of raw materials like a stop watch or an alarm clock, blue and red wires and Eveready batteries. Period.

What computer have you got? A Mac? A blazing fast PC? Hah! Grow up dude. You’re no match for the bollywood movies computers, which are a special clan of their kind. They are super friendly, super intelligent and artificial intelligence infused. They always read out messages large and big on the screen with funny sounds that remind you of an ICU cardiograph machine. “Launching” in big Green Flashy text that occupies the whole screen, “Virus Detected” in large Red fonts, are examples of these.

6. People on the road

For every fcking bollywood song, there is this amazing group of people, both male and female, dressed alike that joins in from no where. I’ve bought many DVD’s just to play-pause and identify if these guys are really the same in all movies, but no they are different but often creating an illusion of being clones of the hero. I’ve still not been able to trace or locate them to any community or sect though they dance almost synchronously.

What is your idea of manners on the phone? Whenever someone calls you, the first thing you ask hem is “How are you?” right? No. In bollywood, nobody asks how are you. They get straight to the matter as if there is some kind of understanding between them. Wait, they don’t even say “Bye” or “Good night” or anything at all. Hang up, just like that. How rude!

8. The sarees and the rains

Do you watch the weather forecast on the news? I do too. Well, I did. Until I found out the secret behind the ancient art of predicting weather from seemingly insignificant things. Like a saree. Yeah, you know the ones the heroines in bollywood movies wear. Here’s the thing. If they wear a plain colour saree, it is bound to rain in the next seven minutes. If the saree is white, it would be thunder and lightning along with rain, very fierce. If the saree colour is red, yellow, blue or green, it would be storm and rain. If its black, the rain will be spotted in particular locations only. It will most likely follow only the heroine where ever she goes, making her drench in it while the ogling hero stands next to her lipsyncing a song, of course not getting wet.

God bless you if you’ve taken dancing/singing classes at school. In bollywood, if you’re getting married, you got to sing and dance for yourself boy! Your dad would arrange for those band set and everything but come what may, you’re suppose to sing, and dance with 500 odd people. And boy you better practice well for it, cos those 500 guys are pros and you don’t want to look odd shaking that leg before your fiancée!

Oh! Boy. What’s the relation between child making, two flowers and rain? In bollywood movies, there is no sexual intercourse (I’m putting it as technical as possible for you guys.). Hero and heroine rubs their noses behind two flowers and that’s about it. No foreplay, no climax nothing!

May be we can stop ageing after all: Scientists say