I sooo want to say “boy, time flies” but that’d be a cliche, so here goes.

2020 is here and the even number OCD in me can’t hold the excitement.

So, here’s a wrap up of what I can remember from 2019 that made it awesome.

So, I moved back to India with my family in 2017 end. It’s been two years now and things have soared up like anything during this time. Both personally and professionally.

I launched BackToIndia in 2017 and this project has been a runaway hit that it’s almost felt like a weird joke gone real!

You know how you put a lot of effort into certain projects and none of it works? Yes, that happened to me.

I’ve launched several projects in my career and most of them had the best of planning and execution. But…every time, there’ll be that one little weekend project, that you thought was time pass, but it’d go beyond your expectations.

BackToIndia was one such project.

I didn’t put any effort behind it, except launch a one-page website, and that too in less than 48 hours, on a weekend, just acting upon a shower-thought.

It was just an itch I tried to fix.

Today, BackToIndia has gone on to become a vibrant community of NRIs, trying to move back to India and helping each other significantly.

Many NRIs actually moved back to India using information and help shared on the community, and it’s satisfying to know that it helped many people make their lives better!

Some of you may know this already. I had written an article in 2012 about suicide. It was called “5 Easy & Painless Ways to Suicide”. The title was misleading, as this was a sarcastic piece I wrote, purely out of frustration, as an open letter to a friend.

Like the BackToIndia project, this wasn’t something that I planned or promoted. I just wrote my heart out in that article and Google for some reason picked it up. Thousands (not exaggerating) of people have emailed me about this article. Most of them thanking me for helping them get out of the rut and some sending nasty comments my way. I took both in my stride and decided to keep it on, for the positivity, despite the threats and negativity.

This year, I got an e-mail from someone at Devon and Cornwall Police, UK asking me to politely remove the article.

I had received many emails since it got published asking to remove it, and every time I was about to, someone would send an email asking to keep it on. And so I did.

This time around though, I decided to remove the article from Google.

It may not have been a good or bad decision, but I didn’t want to take the risk of influencing someone negatively or wrongly.

This article was on the first page of Google and was giving me thousands in traffic, but I thought, maybe someone’s life, even though accidentally or misunderstood, is more important.

On December 15th, I removed the article from Google, on the request of Devon and Cornwall Police, Department.

Towards the end of 2018, I met up with a superstar blogger from India, Harsh Agarwal in Kochi, on one of his pleasure visits. During the time I spent with him, a couple of things sparked my interest.

Harsh and my story go a long back, to 2008s. I read somewhere that DailySEOblog might have influenced him during his early years of blogging. Today Harsh is probably the biggest blogger in India. I think he’s one of the most genuine, down to earth and smart entrepreneur I’ve met.

It was nice to share time with him by the waters of Kochi. One of the things we discussed was YouTube.

I had started toying with YouTube sometime back in 2012 (*facepalm*) but then left it as it is, because of various reasons. One, I wasn’t happy with the final product. Two, it wasn’t as effortless as blogging. Three, I didn’t have the focus on it and four, it wasn’t my priority while working in the USA.

But Harsh had several inputs on YouTube as he already had a channel going on, and he graciously shared his experience. I got that little push that I wanted, and this got me to get serious with YouTube. In 2019, I started publishing videos on YouTube and in under a year, have built around 2,500 subscribers.

I’m still not happy with the final product on YouTube, but I’ve learned a lot during this time and I’ve come a long way. It’s still a work-in-progress but in 2020, I’m hoping to take it to the next level.

So, one of the things I did, soon after getting back to India was to incorporate on my own legally and put all my online projects under one umbrella. I did it with the help of Vakilsearch.com (Thanks to Vijay Anand for the recommendation.)

Out of that close to $68,000 has gone into running costs, including hiring, talent retention, services, hosting, tools, subscriptions, and other miscellaneous expenses.

I bought two real estate properties in my hometown. Got two cars, a Toyota Corolla Crysta and a Volkswagen Polo. Invested a sizeable amount in mutual funds via Kuvera. Set up an emergency fund. Got much of financial planning done. Traveled a lot within India and few places outside.

Now, how I define negativity may be different from how you do.

Won’t lie, but there’s way too much negativity on social media these days. And I’m not saying it’s all bad. Perhaps it’s the way societies build up their ethos in this era.

As for me, I’d like to be surrounded by positivity and less toxicity.

So, one of the things I’ve been trying to do is cut off toxicity from around myself. It could be formats, ideas, platforms, comments, people. It’s not easy.

But possible, if you really believe in it. Then, it just happens in itself by selective perception.

Social media is amazing and it’s what you make of it. It isn’t inherently evil or good.

I’ve chosen to try and be funny, good and uplifting in social communications, if at all. It might sound silly, impractical or stupid, but I guess it’s a good problem to solve.

One thing you realize once you travel around is that you’re insignificant (in a good way). That you’re part of something bigger. All you gotta do is stick around. No issue is too big like you might think in your head to be.

I’ve made it a policy not to travel to show off but to experience. I see it as a way to detox and unplug. Be it Kozhikkode or Kazakhstan.

Which is why you’ll not find me checking in to places anymore on Facebook.

I think you miss the deeper experiences of travel, miss opportunities to learn, when there’s too much going on in your head. Like making selfies look good.

At best, there would be pics on Instagram, but no travel videos and such. It just defeats the purpose.

I’m trying best to unplug, enjoy and learn from travel rather than be seen.

So more travels are on the cards for sure!

How To Be Successful 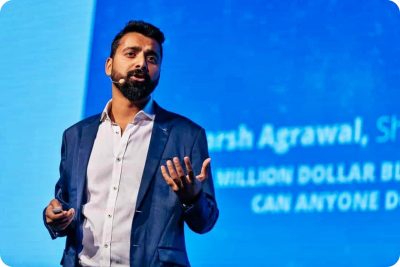 Harsh Agrawal on What 10 Years of Blogging Taught Him (Podcast) 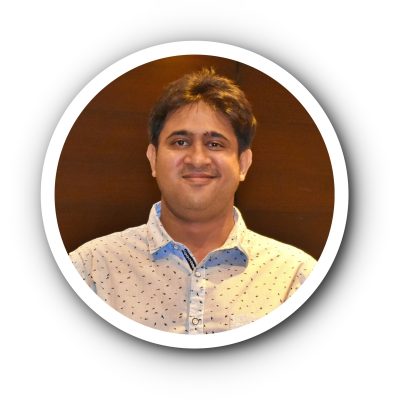 Netflix or Amazon Prime – Which One is Better in India?

Harsh Agrawal on What 10 Years of Blogging Taught ...

(Last Updated On: January 21, 2020) If you’re into blogging you probably know him already. Harsh is the superstar of...

How Jagoinvestor Became one Among the Leading Pers...

(Last Updated On: January 20, 2020) If you’ve searched anything related to personal finance on Google, it’s very...

How To Be Successful

The One Habit That Helped Me Become More Productiv...

Why the f**k is nobody blogging these days?

Is it Worth Buying an iPhone in India?

(Last Updated On: October 7, 2019) Apple Inc. came into the limelight for Indians with Steve Jobs introduced the world to iPhone....