Just read this bit of news today in HT, where Priyanka Chopra made an interesting comment. (I don’t know the full context of this conversation..but anyways..) 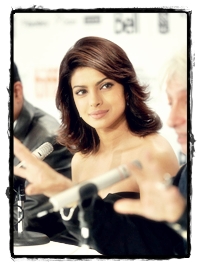 “If art leads to crimes against women, historic sites like Ajanta-Ellora and literature like Vatsayana’s Kamasutra must be banned, said actor Priyanka Chopra who believes cinema is an “art” too and it should not be blamed for the rising crime against women in the nation.”

“Sculpting is an art, poetry is an art, filmmaking is an art… we have the freedom of speech in our country, and we also have a system of film certification. Follow the law! If a film has been given the ‘A’ certificate, why let children go for it? There’s lawlessness here. I feel a filmmaker should just make what he wants to.”

Priyanka was speaking at an event in Delhi.
– Source: Hindustan Times

First off, I’m going to take a step back. Let’s talk about rapes and crime against women.

I’m sad at heart saying that rape and crime against women are on the rise in India. When I say this, some folks will question my statement. Their argument is that, technically this is not true. Crime against women, like many other crimes, are being reported more frequently in India.

I’m inclined to agree but, also will add, that does not guarantee that crimes have been less earlier. Thanks to our revolutionized media platforms, we hear more stories these days. Most of them uncut, loud and clear.

Let’s not argue over whether they were happening earlier or not…essentially, crime against women (or men or others) are being reported and happening more frequently these days (say 2000s) in India. Fact.

Let’s check some numbers from the Wiki.

Rape in India is one of India’s most common crimes against women.[80] Marital rape that occurs when spouses are living together can only be dealt under the Protection of Women from Domestic Violence Act 2005 which only provides civil remedies to victims (it is a form of non-criminal domestic violence). Marital rape is not a criminal offense, except when spouses are separated. Rape cases in India have doubled between 1990 and 2008[81] Penile and non-penile penetration in bodily orifices of a woman by a man, without the consent of the woman, constitutes the offense of rape under the Criminal Law (Amendment) Act, 2013.[82]

Sexual violence within marriage is common, with 20% of men admitting to forcing their wives or partners to have sex, in a survey by the Centre of Research on Women, US, and Instituto Promundon in Brazil.[83][84] According to the National Crime Records Bureau, 24,206 rape cases were registered in India in 2011.[85] A new case is reported every 20 minutes,[86][87] Although the latest estimate suggest a new case every 22 minutes.[88]

To put things in perspective…

That pretty much sums up what’s going on in the society. Rapes are happening (domestic or not). Its on the rise.

The sad truth is that, the intensity of such cases being reported are even more worry some.

Let’s take a look at some more details, just so we are not missing anything. 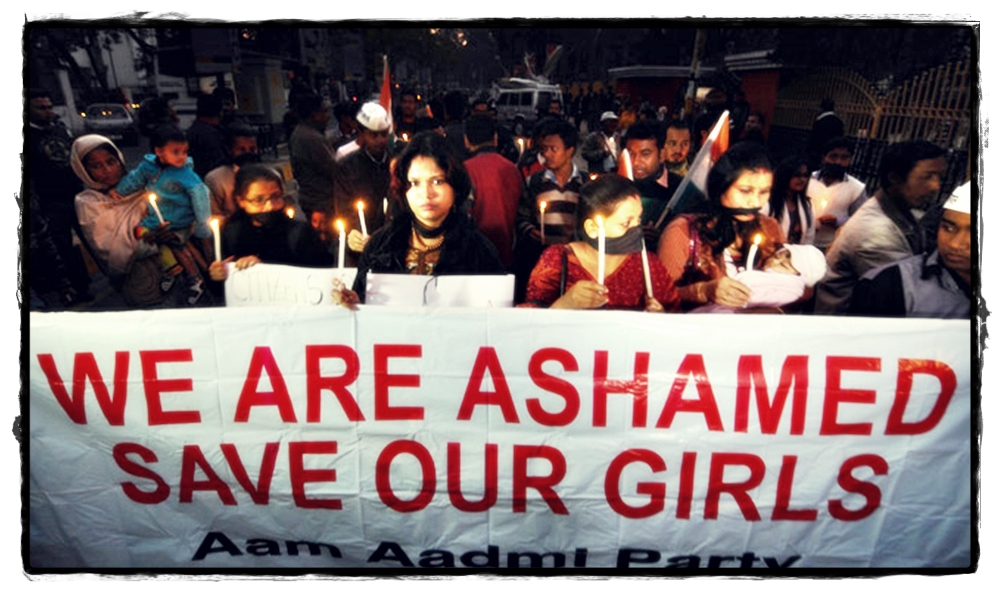 And what happened in these cases?

In most of these cases (generalizing), although the root cause or modes changes, (young girls were either kidnapped or forced to prostitution or rape by influential people like police men, business men, sometime even politicians.) the victim loses her life. That’s a broad statement but let’s be blunt here for the sake of clarity. Excuse me.

Do we know why rapes happen?

I hate to use the word “rape” because like we did before, it is sort of a generalization of events. So, why do they happen in a society like India?

Let’s see if there has been any scientific studies on it.

Professor Jacqueline Bhabha, director of research for the François-Xavier Bagnoud Center for Health and Human Rights at the Harvard School of Public Health (HSPH) has been observing this space keenly.

Essentially, rapes are one of the many problems faced by women in India today. Like she mentions, there are more intense or equally intense crimes like child marriages, teen pregnancy, maternal morality and domestic violence just to name a few.

What are some signals to note here?

Whoa! Those are some startling numbers! 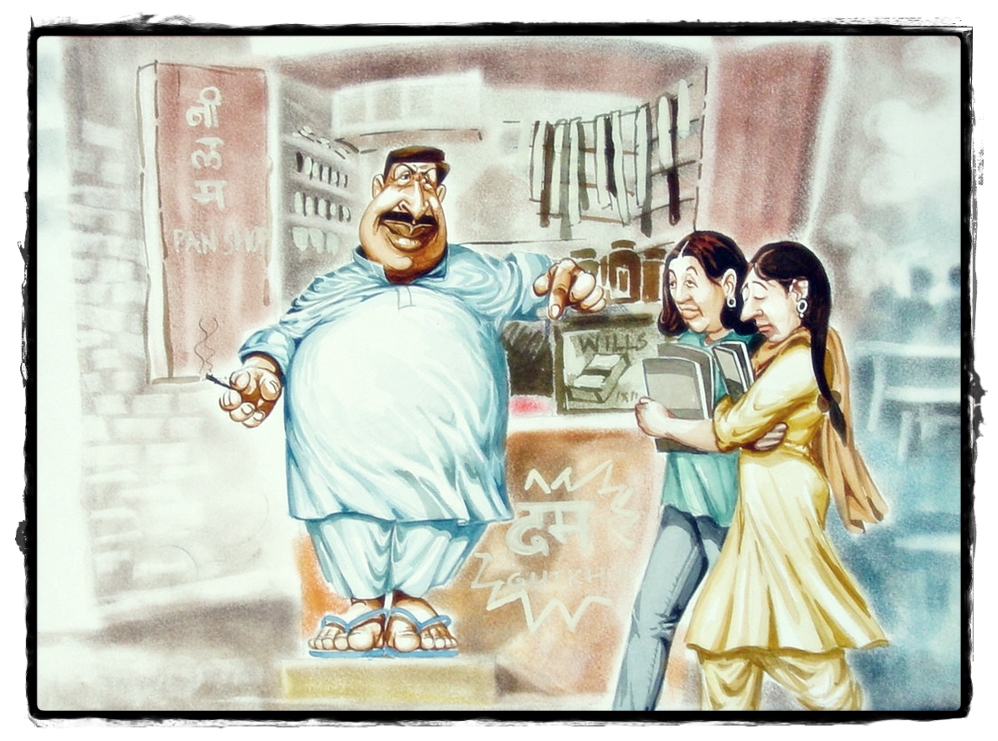 So, what causes the problem?

The following is my personal opinion with a lot of generalization, for lack of data.

My one word answer is – gender inequality.

This is a cliche word and some of you are already shrugging it off thinking “heard that one before…!”.

Ours is a society where sex is considered “evil”.

Of course, we go for candle light vigils to sympathize with the victims (for lack of a better word) and criticize the cruelty behind a rape. But, here’s my question.

Let’s assume that the Govt. successfully manages to control rapes in the country, in some magical way.

The big question pops up then.

Will we talk about it to our children?

Will we talk to them about make-female relationships?

Will we tell them the difference between a willing sexual intercourse and a rape?

Will we teach them how to protect their body?

Will we teach them what private parts are and what they function?

Some of us. Not all.

That is the problem.

Ours is a puritanical society, where everything sex is taboo.

Let’s accept it and think like a family. Get off the stages and stop abusing the government. Their jobs are only to control (and may be educate but that’s ours too).

The problem with us is that we are all hypocrites when it comes to things like sex.

If given a stage, we sympathizing with the victims and shout at the rapist.

Come home, you go hush-hush in front of your kids.

Why? Because you are not taking responsibility on your shoulders. It is easy to shout at the Government, it is easy to sympathize with someone but to do the right thing with you, with your family, with your community? Takes a lot of courage.

I’m not trying to draw any conclusions here but, this is one big ugly truth staring right at us, that we are not answering – even after several unfortunate incidents.

Let’s not play the blame card.

Were you taught by your parents what sex is? Did they teach you the rights and wrongs and relationships?

I bet we don’t have a unanimous answer.

The truth is that, some people (again generalizing) still think that these things about sex and relationships ought not to be told or discussed, but they’ll “come naturally”.

Nobody needs to teach “those things”. You get those feelings automatically.

Again, there is a problem.

With those natural instincts, some of us fail to recognize what’s for you and not.

And there is a huge knowledge gap. 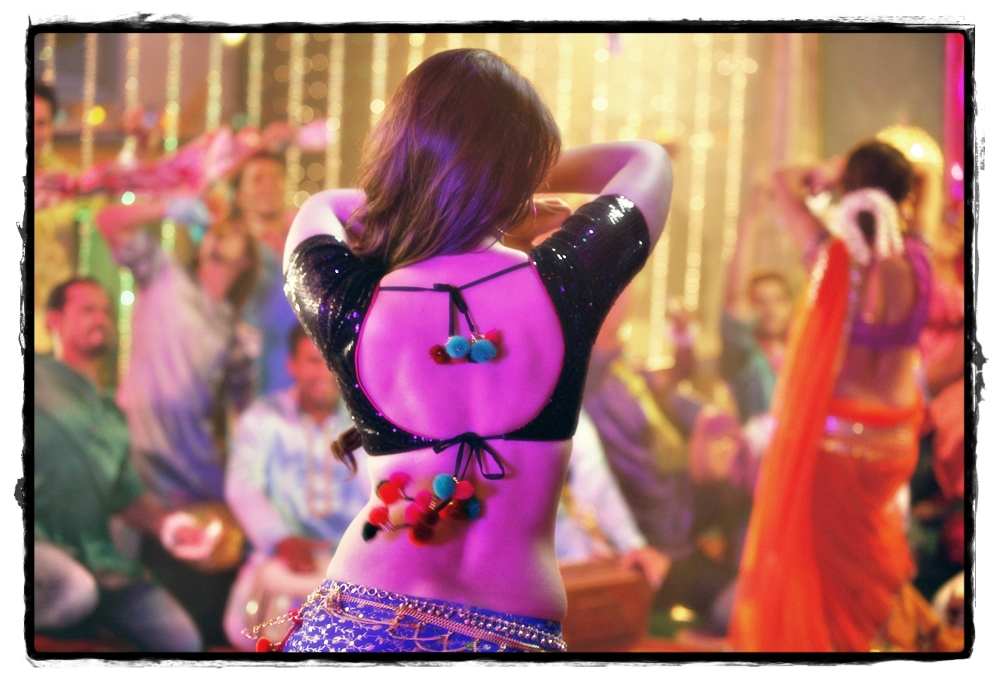 Again, look at your teenage.

If not all of us were fortunate about being taught about sex, imagine what would have happened to those less fortunate.

They learn from what they see in society.

Where do you learn about what’s macho and what’s “beauty”?

Media. At least some part of it. At least, a good influence.

If we weren’t told that slim was sexy, we wouldn’t know.

And I know it, because I’m in the marketing side of things.

We make uncool things look sexy. We plant the seed in you.

We know that being anorexic is unhealthy. But we push it through.

Because, we are paid to do that. Its the job of an advertiser to sell something that otherwise wouldn’t sell.

So, to sell the weight loss product, we sell anorexic models on the ramp. We make them sexy.

Should there be a time where the majority of society is anorexic and we introduce a new product to beef up…God forbid, we’ll flip!

What I’m getting at is that, when ever there is a knowledge gap, especially for something that is so close to you like sex, emotion, faith or food, we as humans tend to look at outward influences.

Media is an influence.

Let’s look at some data this time. 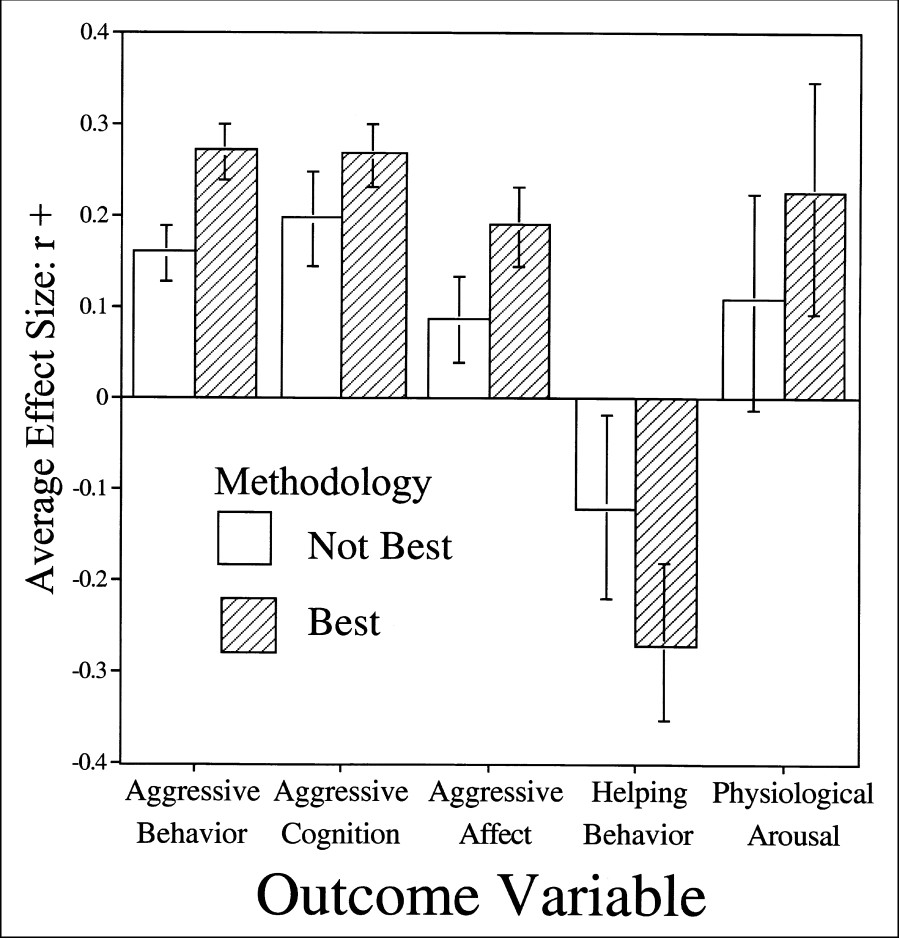 In another research, link here, it is noted that, kids’ sexual behavior are influenced by movie scenes  and watching films with sexual content at 12 to 14 linked to risky ‘sensation-seeking’ personality.

Well, the point I’m driving across is that, yes there is a significant influence of mass media on our lives.

After all, think about why McDonald’s is spending millions of dollars for that 5 second TV spot? They know that media can entice you, influence you.

Does the fish know how wet it is? 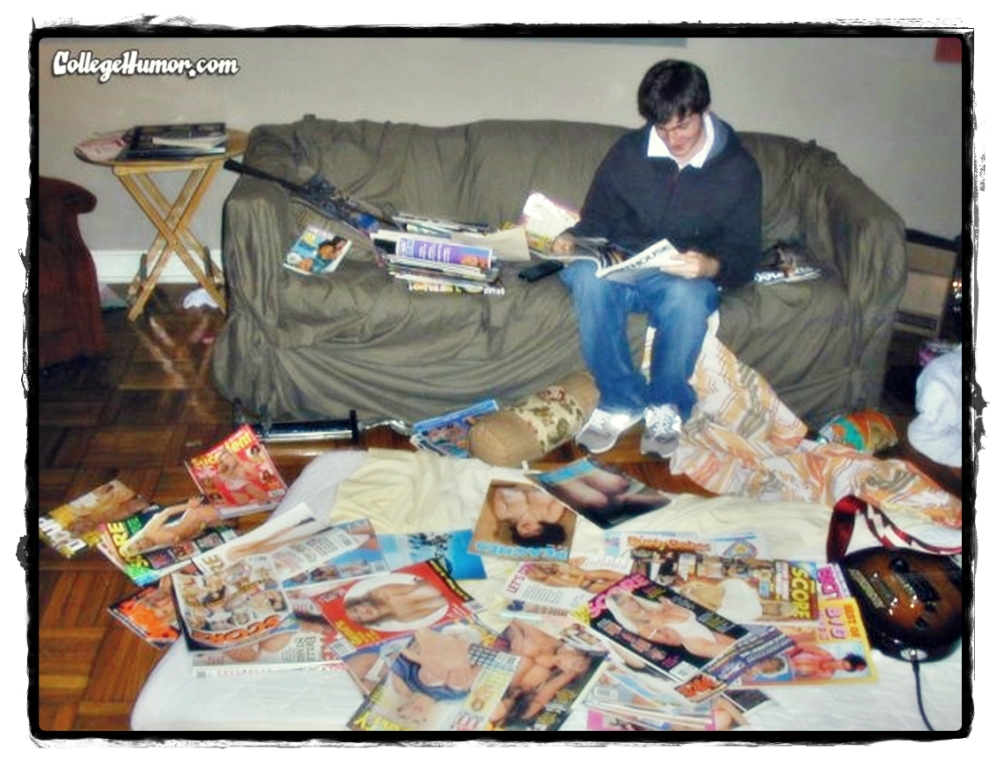 It is just a matter of how aware we are about the situation.

Now, don’t get me wrong. There is nothing wrong about media influence.

I know that some of you will already be shouting… so now what? Ban movies?

Media is only a reflection of our society – some might argue.

Movies are supposed to be a reflection of what our society is, characters played are fictional. Yup, it sure is.

My finger is not pointed against movies or media for that matter.

Its pointed towards you.

But its about what you learn from it.

Remember the knowledge gap I talked about earlier?

That’s where things get significant.

Imagine a 17 year old boy, who wasn’t educated about sex by his parents or school but who’s curious about learning.

He watches rape scenes and “sexual scenes” on YouTube (which is a totally different story).

At this point, the kid has inputs from places that are supposed to entertaining him not educating.

Unfortunately, a big chunk of our society is not educated about sex. Sex education is not part of their curriculum and they take inputs from wrong sources like movies.

Who else? May be society.

But we are the society.

Society starts from you, your kid, your brother/sister, your mom and dad.

If you don’t educate your kid the right way about gender equality, about how sex is natural, the good and bad sides of it, and make it a part of his/her individuality, then he/she will look for external inputs.

And you can’t blame them.

Art does not “lead” to crimes. Art is a reflection of our perspectives.

And everyone knows to identify a good one from a bad one. It is relative to the person looking at it, not universal.

Indian society has contributed Kama Sutra to the world. That means how well we understood the art of love making, of relationships, well in the earlier days.

It was a part of the then existing education system, not entertainment.

So were the Ajanta Ellora and Konark temple  inscriptions. Even today we have semi-clad Gods and Godesses all across different civilizations including India.

When you read about the human reproductive system in your Biology text, you learn it, not get entertained. But when you watch a movie, I assume ignorantly that its entertainment on our minds.

As long as we can build and grow a rational thinking, mentally healthy society, we’re all good. Or else, we can all play the blame game and let the numbers grow.

Disclaimer : Opinions expressed above are personal, with assumptions, generalizations and possibly incomplete data. The idea is to express my perspective clearly, not to prove anybody wrong.