Back from BarCamp Kerala and a quick vacation

Well, I was away for a while, for one week to be honest. Last week, on the third of May, I was at the BarCamp Kerala, which was at the TechnoPark premises, and soon after went on a one week long quick vacation at my wife’s native.

Kerala BarCamp was fun. Met a bunch of enthusiastic, really interesting guys there. It was nice to see the spirits up and lots of activity among the crowd. Here are some pics from the event. 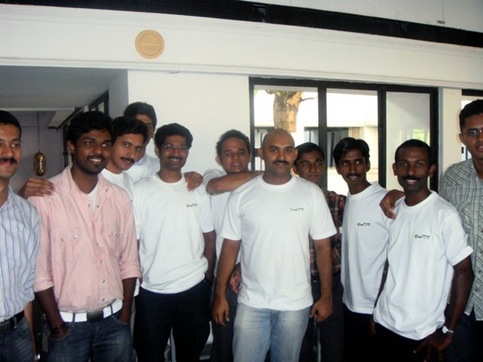 From what it looks like, Kerala is steadily growing up to more events, more opportunities and a lot of buzz and the youth here plays a crucial role in it. Geeks here have already embraced the idea of BarCamps and BlogCamps which though slowly, have become a standard. Commendable efforts by minds like Kenney Jacob and Anand.

Here’s three cheers to the geeks and BarCampers in Kerala !

And yea, on the way back from BarCamp Kerala, my car got a flat tyre and we fixed it in less than 5 minutes. That’s some serious “crowd sourcing” yea ?
Thanks to Juwal Bose, Eldhose P Mathew, Albin and Binoy Xavier – seen in the photo below. 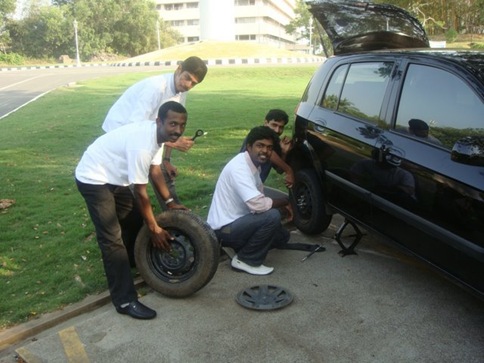 Did the Bachhans really mean it ?

A small tweet for a man, but a big fail whale for the mankind