Let me begin this article with a question? What would be the major specification that you would want in your mobile phone? Probably you are looking at a faster operating system which is latest in the market, larger memory space, good battery life and a well made camera. Now, what if you have a limited budget but you are looking for a high-end mobile, then your chances of getting all of these features might be difficult. In this article, I will talk about the best smartphones in India under Rs. 40,000. If you have some more budget, and can go up to Rs.50,000, check out this article. 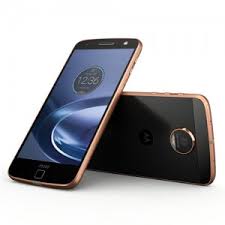 Review: Moto Z  smartphone was launched in 2016 and this is the world’s thinnest modular smartphone.  The smartphone is made of glass and metal which I would say is one of the WOW factor for a phone at this price.  The phone seems to be taller and has a lot of free space near the chin area. Below you have the squarish home button at which would unlock the phone with fingerprint sensor technology. Another interesting factor about this smartphone is the “Moto Mod”. This smartphone comes with four Moto mods – Incipio has developed an extended battery, powerful camera with Hasselblad’s, a speaker form JBL and an in house projector. The users can use these phones without the Mods but that would be very inconvenient. Moving on to the screen display, the 5.5-inch screen is the best in the league and there are no issues in running multiple tabs. Hence, this phone is truly meant for multitasking. Oh! And also it is super comfy to hold too.

Pros – Very strongly built. Battery life is long lasting (24 hours+). It can last a whole day even after excessive usage. The Z comes with Z force droid that has a “water repellent nano-coating,” which means it can stand up to minor spills and light rain.

Cons – Lack of a headphone jack in favor of audio through the USB Type-C port (kinda like the new iPhone 7 series). The Moto Z is not priced at the usual Motorola phone range and it is hence considered expensive. 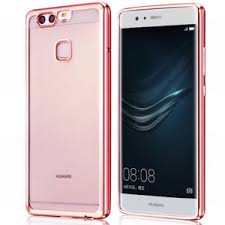 Review: The Huawei P9 comes with an incredible ergonomics that iPhone or Samsung can’t beat. Measuring 6.9mm in thickness, this smartphone features two rear cameras and that too without any protrusions . I can also say that P9 can be a tough competition to Moto Z in terms of its lightness. This phone is a good choice for someone who prefers a lighter phone which is comfortable to hold and use. Another good design feature about this smartphone is that the USB-C port at the bottom is finished very perfectly and smoothly whereas there are smartphones which come with a sharp edge creating inconvenience while handling.

Pros – The dual rear cameras are an advantage as you can take vibrant photos even in low light conditions. It has super fast fingerprint scanner.

Cons – Even with its large battery, this phone consumes a lot of power when connected to LTE and runs out of juice comparatively quickly. It does not come with wireless charging and water resistant body which the competitors are ready to offer. 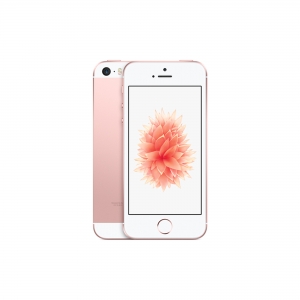 Review: Who wouldn’t love an Apple iPhone? For a price range below Rs.40,000 Apple’s iPhone SE is a great buy. The Apple iPhone was launched in April 2016 and the price starts from 39,000. This is probably the lowest price at which you can get an iPhone. iPhone SE may be small, but it comes with a bundle of amazing features. I loved the live photo feature which captures bring the still photos to life with sound and slight movement. The camera power is amazing and if you just touch and hold anywhere on the screen, you end up capturing a live photo. The screen size is 4 inches only which is good because this gives you a smaller and easy to handle iPhone. The speaker power is strong enough. For more details, have a look at the specifications below:

Pros –  The A9 chip provides the same powerful process and graphic performance as iPhone 6S. There is no Apple phone in this price range that offers a better battery life and this smartphone outperforms both iPhone 5S and iPhone 6S.

Cons – The front camera is not functional as it is just 1.2MP. The biggest disadvantage is the no 3D touch support. Iphone SE would look very small in terms of the display to someone who is used to larger screens. Another drawback is that the storage space is too low. 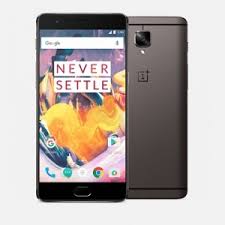 Review: I can guarantee that the One Plus 3T is a budget friendly smartphone. This is the iteration of One Plus 3 which was launched few months earlier and stand in the mid-price phone segment. The new one plus 3T has a faster processor and better battery life. I would say that the one plus 3 users are not missing out something big but a couple hours of extra battery life and better selfies. Also there is a lot more color options available in this variant. Some users also opined that they did not find any sort of lagging, over heating while using this over a long time. It worked perfectly just like a laptop. The WOW factor in one plus 3t is the storage space – 6 GB is like a lot of space for a mobile user and even some of the desktops does not have this much space. Have you made up your mind? Here are the specifications below to ease your job:

Pros – The processor has been upgraded to the latest Snapdragon 821 chipset. Now it has lesser heating problems compared to the Snapdragon 820. The one plus 3 had a lot of memory management issues which can be handled in One Plus 3T with the 6GB RAM.

Cons – The lack of 2K display is an unhappy situation for many users especially when the smartphones are used in the VR headsets. Also this smartphone comes with no memory card slot. The camera bump on the back panel is another one plus 3T con. 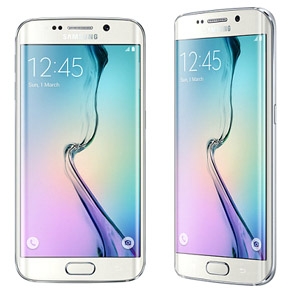 Review: 2016 has been a wonderful year for Samsung with its launch of Samsung Galaxy S7 and S7 edge. But if you look at an innovative design and a smartphone functioning at top performance with one of the best cameras on the market, then you should be buying the Samsung Galaxy S6 edge because it remains as a very impressive handset for an affordable price. This smartphone has better battery optimization, and has a new memory manager that allows you to check how much memory each app is using. It also comes with a wide edge panel that allows you to view more content on the display. What’s more amazing is that Samsung has managed to pack 5.1-inch screen into a  body not that much bigger than the 4.7 inch iPhone 6.

Pros -The phone comes with a bigger and better battery. Reasonably priced.

Cons -Some of the users found that the curved screen creates a lot of hassle in handling the phone. The non-removable battery is another disadvantage. 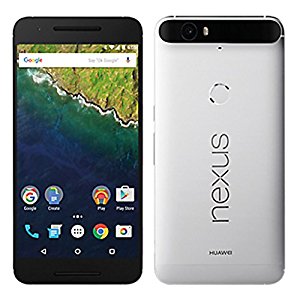 Review:Nexus 6p is of the best google phones in the market. It is solid, built on a frame of aluminum and even though it is big it is not at all rough to handle. There is one more design element on the 6p is the fingerprint reader called as “Nexus Imprint”- the scanner itself is designed to look subtle and restrained: it’s just a simple recessed circle on the back of the phone. Also, I need to mention about the Nexus cameras. The expectation was set really higher this year where the big competitors like Samsung, LG and Sony showed that they can produce a great camera that gives you great results. But the table was flipped over when Nexus introduced its 6p series with an exemplary clarity and quality of photographs. So if you are definitely “Okay” with the size and want to try out a Google smartphone at an affordable price- please go for Nexus 6p.

Pros -You can expect a constant support throughout your usage and also you will receive the android updates also very fast because you are using the pure android version. The design completely premium looking with the metal uni-body – this is the USP of this smartphone.

Cons – No micro SD slot. The bad news with Nexus 6p is that you can not buy this phone on contract. Many people prefer that to get a taste of the phone and return or upgrade it if not liked. 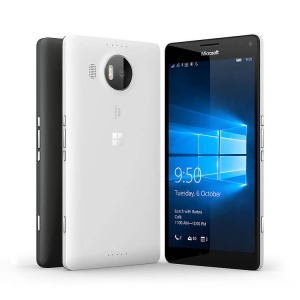 Review: Nokia Lumia 950XL is not a piece of jewelry but it is a utilitarian design that gets out of the way and it is something that would draw too much of attention to itself. But trust me, you will love this phone for its functionality. This smartphone might feel really small to you even though it has a 5.7-inch screen. I can’t stop talking about the beautiful display that this smartphone offers. It may not have fancy brandings like PixelSense or Retina, but it is just very nice to look at. As is the trend with modern flagships, the Lumia 950 XL sports a 1440P AMOLED display. Microsoft’s live tiles pop and flip around, and everything is gorgeous. Let us now take a look at the specifications –

Pros –  This smartphone comes with dual sim feature. The camera is also very good – if not the best. It has a 20-megapixel camera with Microsoft’s traditional PureView imaging technology and triple LED flash. The camera is pretty fast too.

Cons – The battery life is just ok. The users states that the battery life does not even last for half a day especially if you are a social buff and uses social media apps a lot of time. Another biggest drawback is the “Windows Hello”. It is not as fast and receptive as it should be.

Great! It is said that longer you wait, the better you get. But that day might never come. So if you are in a rush and don’t want to wait for your turn to come. Or rather don’t want to do an impulse buy of a smartphone, this list will surely come handy for you. I have covered the three dominant operating systems- Windows, Android and iOS and also the top manufacturers like Samsung, Apple, Nokia, LG etc. Now picking up a smartphone should not be a problem at all.