Bitcoin in India – Everything You Need To Know 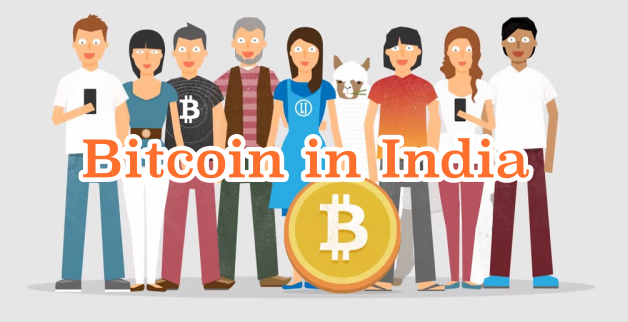 It is a rare occurrence when something that exists only in the virtual world, with no counterpart in physical form, catches hold of the imagination of the entire world, with the only exception possibly being Westeros, and all the parties competing for the Iron Throne!

This was true till an anonymous software developer came along, calling himself (or a team) Satoshi Nakamoto. In 2009, Nakamoto launched a virtual currency, called Bitcoin, which could only be held in electronic form but could be used in exactly the same way as the traditional currency in your wallet.

What this essentially means is that Bitcoin hasn’t printed on paper like the US dollar or euro or even the Indian rupee. It is part of something called a blockchain and exists only in the virtual space in an encrypted form, which is why it is called a cryptocurrency.

However, what differentiates this digital currency from the traditional currencies is that there is no central bank or country that governs it, which is why it is called a decentralized currency. This is also one of the key drivers of the popularity of Bitcoin. Being decentralized, its value/price is not affected by the economic volatility of a single nation or geo-political tensions in any one part of the world.

This makes Bitcoin much more stable than any other market-linked investment option across the globe.

The cryptocurrency that started out at a value of US$0.06 in July 2010 touched a whopping US$5,000 on the Asian exchanges on September 1, 2017. In fact, Bitcoin has seen an amazing run in 2017, rallying more than 700% through the first eight months of the year. As of October 18, 2017, Bitcoin was valued at US$5301.01. Most experts believe that this upward trend is likely to continue in the foreseeable future, with CNBC going so far as to state that the digital currency could be worth $100,000 in the next 10 years!

But don’t just base your decision regarding whether or not you should trade Bitcoins on just this because this isn’t where the benefits of owning Bitcoin end.

Lastly, and maybe most importantly, a big advantage is the anonymity Bitcoin affords, given that it cannot be traced back to the user.

What is a Bitcoin Wallet?

People today are all too familiar with digital wallets and a Bitcoin wallet is not very different. It is essentially software that allows you to store this digital currency electronically. You get a private key, which is a confidential number, similar to the PIN for your debit/ATM card. The Bitcoin wallet helps you send and receive the cryptocurrency while letting you know the balance in your account. You can either have this wallet on the internet or install it on your computer or mobile phone. If you are planning to invest in or trade Bitcoins, you will need a wallet.

Apart from these, you can also opt for a paper wallet or a brain wallet. The former is a representation of bitcoins in physical forms, such as metal or paper. Similar to printed currency, a paper wallet is liable to be more easily lost or damaged. A brain wallet, on the other hand, is created through a passphrase. However, if you lose this passphrase, your Bitcoins would be lost forever. So, if you really trust your memory, opt for this one.

How to Keep Your Bitcoins Safe

When you create a Bitcoin address, you will receive two keys, a public one and a private one. Similar to a bank account, the public key is used by others to send Bitcoins to your account, while the private key is a secret password that only you have knowledge of and can use to send the currency to other Bitcoin addresses. So, keeping the private key safe and confidential is the key only way to keep your wallet safe.

There are different ways in which to secure the private key. The most basic way is to encrypt the Bitcoin wallet through a password. However, this still open to hacking and malicious attacks, which is why some people prefer to keep the access completely offline, while others choose to hold the private key through an unconnected database, to protect themselves from online threats.

You could also choose to protect your digital currency through the use of multi-signature addresses. This allows multiple parties to gain access to a part of the address or hold one of several keys, all of which would be needed to access a single Bitcoin address. So, each time any one of the users wants to use the wallet, all signatories would need to approve the transaction.

Apart from this, there are some other things you can do to secure your investment:

Before you begin buying and selling Bitcoin, you would need to identify an online platform that facilitates cryptocurrency trading. Some of the most websites to buy Bitcoin in India are:

Unocoin customers can purchase Bitcoin with any Indian bank account via online banking or NEFT. The platform is backed by US investors.

Founded in 2012, Zebpay is an Ahmedabad-based Bitcoin exchange. In December 2016, Zebpay became the first Indian exchange to surpass Bitcoin turnover of Rs.6 billion. It has a mobile app for Android and iPhone.

Apart from the three most popular platforms, there are two that are worth a mention.

Koinex is a new entrant to the list of Indian Bitcoin exchanges. Fee is very low and could range from 0.15% to 0.25%, depending on the trading volume. However, they charge for KYC and password change! The approval process is quite fast and the interface is simple.

LocalBitcoins is a platform for buying, storing and selling Bitcoin. It supports a wide range of payment modes, including IMPS, PayPal, Western Union, and even cash. Speed of the platform is super-fast and the fee is very low. However, the interface is not very intuitive and there is low liquidity, making it difficult to trade larger amounts.

Choosing the right platform is among the first, most important decisions to make in buying and selling Bitcoin.

Country of Registration: The laws that govern the exchange would depend upon where it is located. These regulations can vary from country to country. Choosing a platform based in your home country, in this case, India is recommended.

Payment Modes: Check whether the platform allows your preferred mode of payment, like net banking, wire transfer, credit card, cash and so on.

Fees: Compare fees being charged by different platforms. Apart from transaction fee, find out of any other charges.

Order book volume: An order book is a list of buy and sells orders on offer on the platform. A higher volume indicates higher liquidity, meaning that more people are using the exchange to buy and sell Bitcoin. This means you’ll find a seller or buyer faster when you’re trying to buy or sell at a particular price-point.

Transparency: Find out whether the exchange clearly mention its fee and charges and whether it publishes its audit information.

Speed of Deposits: This includes how quickly your wallet gets debited with Bitcoin after you make a purchase as well as how fast your bank account gets debited when you sell the digital currency.

Anonymity: If this is critical to you, the only option is to choose a person-to-person exchange and trade in cash. Other platforms will require you to complete KYC formalities.

Before finalizing an exchange and transferring any funds, ensure to check the fine print. Read thorough all the terms and conditions as well as their privacy policy. If you have any questions, feel free to write to them.

Top Cryptocurrencies Other Than Bitcoin

Bitcoin is by far the most traded digital currency, with its market capitalization touching a record high of ~$94 billion on October 18, 2017. The trading symbol of this virtual currency is BTC. A breakaway from Bitcoin created a separate cryptocurrency called Bitcoin Cash, which has a market cap of ~$11 billion and trades under the symbol BCC.

Ether holds the second position in the list of the most highly traded cryptocurrencies. It was created by Ethereum, a platform launched in 2015 to build and run smart contracts without any interference from a third party. In 2016, Ethereum was split into Ethereum (ETH) and Ethereum Classic (ETC).

Launched in 2012, Ripple is a real-time worldwide gross settlement network. Ripple works on a peer-controlled consensus ledger and does not require any mining, unlike Bitcoin and other altcoins. Ripple trades under the symbol XRP and has a market cap just shy of $10 billion.

Litecoin was introduced in 2011 and is based on a decentralized and open-source worldwide payment network. Litecoin trades under the symbol LTC and has a market cap of almost $3 billion.

Dash, NEM, NEO, Monero and BitConnect are the others in the top cryptocurrency list. There are more than five thousand different cryptocurrencies trading across the globe.

Is Bitcoin Legal in India?

The Government of India has come a long way in its acceptance of Bitcoin and is actively considering ways in which this virtual currency can be regulated. The legalization process is highly complex and challenging. This is not only because Bitcoin is an unprecedented currency, but also because it requires a deeper understanding of the blockchain technology, the dynamics of this unique market and the implications on individuals and the economy. Thus, the Finance Ministry, IT experts and the RBI need to be included.

The Finance Ministry has set up a ‘virtual currency committee’ that is deliberating on a framework for Bitcoin and altcoins. Monitoring and regulating virtual currency transactions may fall under the purview of SEBI (Securities and Exchange Board of India).

Currently, Bitcoin and other cryptocurrencies are neither legal nor illegal. In case these digital currencies are legalized in India, their trading would may be governed by RBI’s 1934 Act and the FEMA Act, while all returns earned through trading would be taxed.

Bitcoin is being increasingly accepted as legal tender across the world, with Japan being one of the most recent countries to jump onto this bandwagon. However, businesses seemed to have much more foresight in terms of adopting payments in the form of cryptocurrency. As of August 2017, the countries where bitcoin was legal is illustrated in the image below:

So, there you have it. Everything you need to know about Bitcoins in India. Let me know your thoughts and comments below.

What Sponsor Documents Are Required for US Visitor Visa Interview

4 thoughts on “Bitcoin in India – Everything You Need To Know”