If you’re a chess lover, playing chess on the iPad is probably one of the best ways to spend your weekend. Chess is a strategy board game which involves two players and one of my best ways to use the iPad. There are many chess apps available for the iPad but here are some of my favorites.

Keep in mind that some of them are paid and some are free, but I’ve curated the list of all the best apps I could find. Hope you find them interesting.

Shredder Chess is one of the popular chess app and is developed by Eiko Bleicher. The main features of the app include selecting the difficulty level from beginning to master, more than 1000 built in chess puzzles, finding your mistakes and analyzing it for future improvisation, variety of playing styles from passive to aggressive, analyzing any position or move in the game, option for viewing your rating in a pictorial format, option for choosing board and pieces from a selection, sending games through email etc.

Chess* is a free app developed by Optime Software LLC. The main features of the app include variety of graphics for the chess board, excellent sound effects for the moves, selection of difficulty level, board rotation feature, score tracking, configuring the names of players, automatic save feature when you get a call or exit the application. 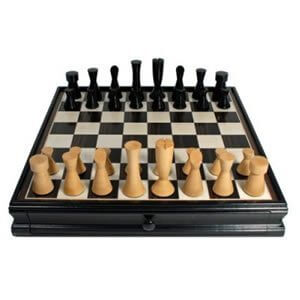 tChess Pro is developed by Tom Kerrigan. The main features of the app include top-tier chess engine, Position Editor for entering positions from the games in newspapers or magazines, playing against ELO rating, option for viewing PGN files, saving and exporting games in PGN format, getting expert opinion about the position in real time, unique algorithms for simulating human opponents etc.

Deep green Chess is a good app for a casual player and is developed by Cocoa Stuff. The main features of the app include adjusting the strength of the engine, move suggestion with animation effect, replay of last move, auto rotation of board, undo of the past moves, notifications for checkmate, stalemate and check, playback of the game from any position etc. 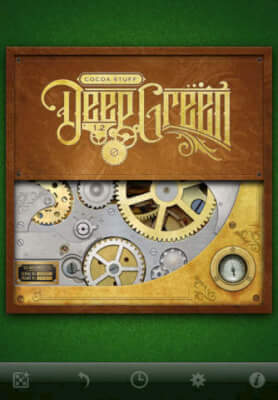 iChess 3D is developed by Synergy-IT and is one of the popular 3D chess app. The main features of the app include configuring the difficulty level from beginner to expert, 3D environment graphics, 2D and 3D view, HD textures for the board and pieces etc. The app is more suited for a casual player than a serious player.

Tall Chess app is developed by Friends of The Web LLC. The main features of the app include playing multiple games simultaneously on different boards, reviewing the last or entire game with a single click, option for either challenging the game with your friends or a matched opponent from the game center, choose from a selection of beautiful pieces and board etc.

Chess Tactics is a free strategy trainer app  developed by Lockwood Productions. It can be used by a beginner or an expert for practicing the game and improving your skills. You can also create your own tactics and challenge others to try or you can try and win the tactics created already. If your tactics is wrong, the solution is displayed on the screen with the explanation for the tactic so that you can create your mistakes. 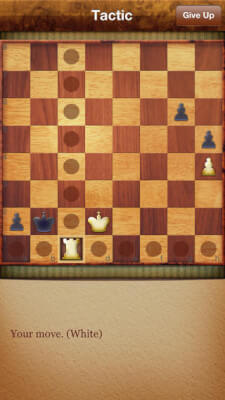 Chess Trainer is developed by DoggyBag and is an excellent for beginners to learn the principles and tactics of the chess game. It has totally 3 lessons which will teach chess beginning from the basic rules of the game so that one can become an intermediate player. It has over 2000 tactic puzzles ordered by theme and difficulty level. The theme can be opening, middle, end of the game. It also tracks your performance and generates a graphical report.

Chess Free is developed by Mastersoft Mobile Solutions. Mastersoft Chess has developed one of the best desktop PC chess engine. The main features of the app include selecting the difficulty level from novice to grandmaster, design of the engine like a human opponent, various board styles and pieces, built in coach for monitoring your progress in the game, opening book with more than 20000 moves, undo or redo at any point in the game, ELO rating, animation effects for the moves with excellent sound effects, auto save feature etc. The app is available in more than 10 languages. 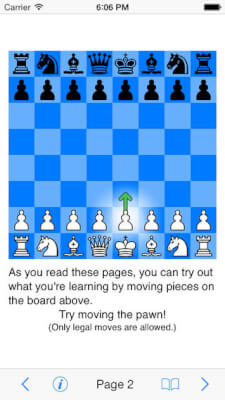 Learn Chess app is developed by Tom Kerrigan . It is an interactive ebook with lot of diagrams for teaching the rules, terminology, tactics, strategies etc of the chess game which will improve your skills to a great extent. It is available in many languages like English, French, German, Japanese, Chinese etc.

So, there you have it, some of the best chess apps exclusively for the iPad. Which is your favorite?