Which City in India Has The Fastest Mobile Internet? (Data)

It is not a secret that India has a long way to go to be able to boast about fast internet speeds. Coming to mobile internet, India is soon catching up with the rest of the world, but not quite there yet.

However, with the introduction of 4G LTE, internet speeds have boosted up in many Indian cities. Are LTE speeds, good enough? Yes, but blanket coverage is a long shot though! 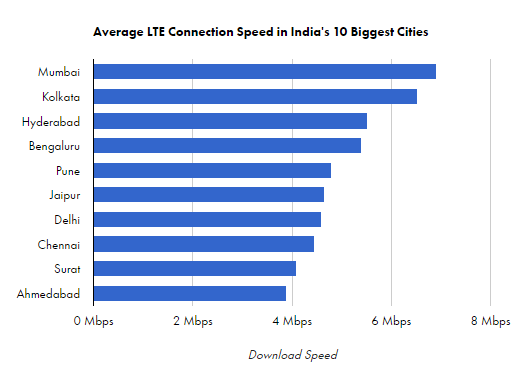 Turns out internet speeds in India are catching up more rapid and fast than ever with global speeds and telecom operators in India (even though competitive) are doing a good job making new technology available to the public. In about a year, I hope these speeds double. Let’s watch and watch!

Check out the full report here.