I’m sure your timeline is filled with all kinds of posts on the new iPhone. Someone going gaga over its looks, someone wishing he could sell his kidneys to get one and few skeptic about how Apple is taking cues from Samsung! Well, in this article, I’ll lay down for you for you, everything you need to know about the new iPhone X, so you can show off in from of your friends in the office.

At office, you’ll have all kinds of geeks commenting on it. Don’t lose out. Here’s all you need to know and be ready for all kinds of questions. (and some showing off)

Why is it called the X?

Technically, it’s called the iPhone 10. They put an X, cos’ it’s cool. By they way, they also launched the iPhone 8 and 8 plus yesterday (along with the iPhone 10 – Yes, two phones were launched yesterday), and they looked ditto as the old iPhone 7 and 7 plus. Here’s proof.

BTW, where is the iPhone 9?

So, Apple decided to launch an iPhone 8 and 8 plus after the 7 and 7 plus. And then they went on to launch the iPhone X (or ten). But there’s no iPhone 9. Nobody knows why. Just because Apple think it’s cool, they jumped straight from iPhone 8 to iPhone X.

So, what’s so amazing about the new iPhone X?

The iPhone X is a pretty good phone actually. It looks kind of similar to the iPhone 7 plus, just that the display is a little more stretched to the edges. You know how the 7 plus has black stripes on the top and bottom with the home button? With the iPhone X, those areas are gone. So, the new feature is.. a bigger display!

A bigger, better display! (Of course) 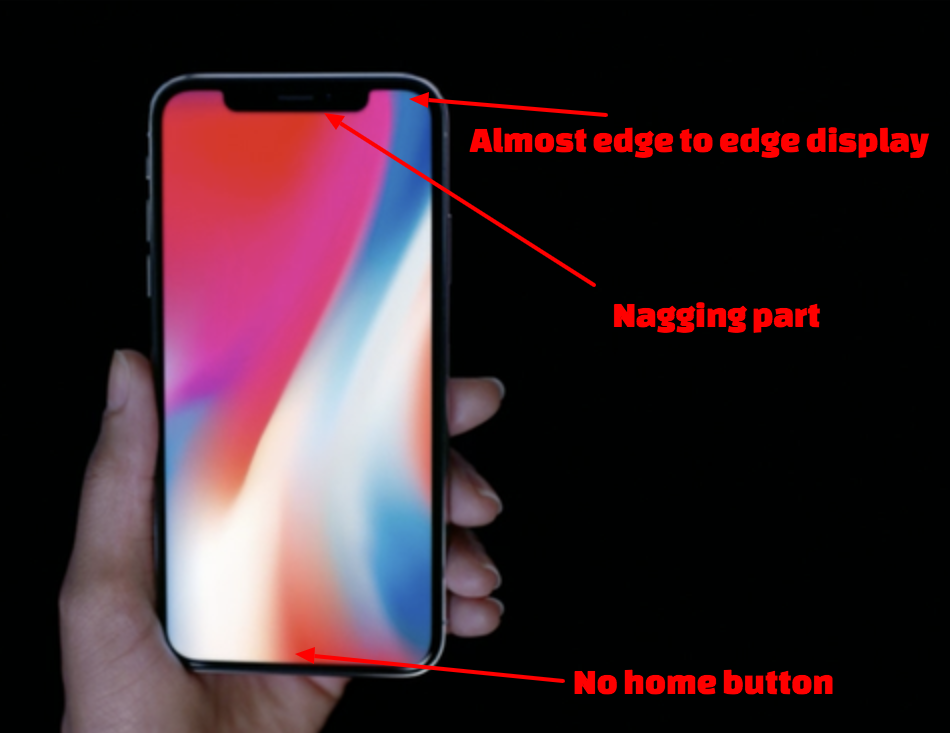 Second, it got rid of the touch ID.

Remember how you had to swipe your thumb every time you had to unlock or download a new App? Well, Apple got rid of it and instead now introduced “Face ID”. Yes, the phone would now recognize you by your face. Yes, creepy!

So, every time you have to unlock your phone, just hold it up, straight against your face and the phone will recognize you and unlock it.

Guess what? Face ID is stupid.

Remember that viral funny video where the husband locks his iPhone with his toes instead of fingerprint, so the wife doesn’t unlock his phone when he’s asleep? Well, that’s not going to work now. ‘Cos, she can raise the phone to your face and get it unlocked, easily. Bummer!

Apple says the phone can detect your face even when it’s dark by throwing light at you. Hmm.. so almost all of us have the habit of checking WhatsApp before going to bed. Guess what? There’s going to be that beam of light shining down on you! (Look at this pic, how dumb?) 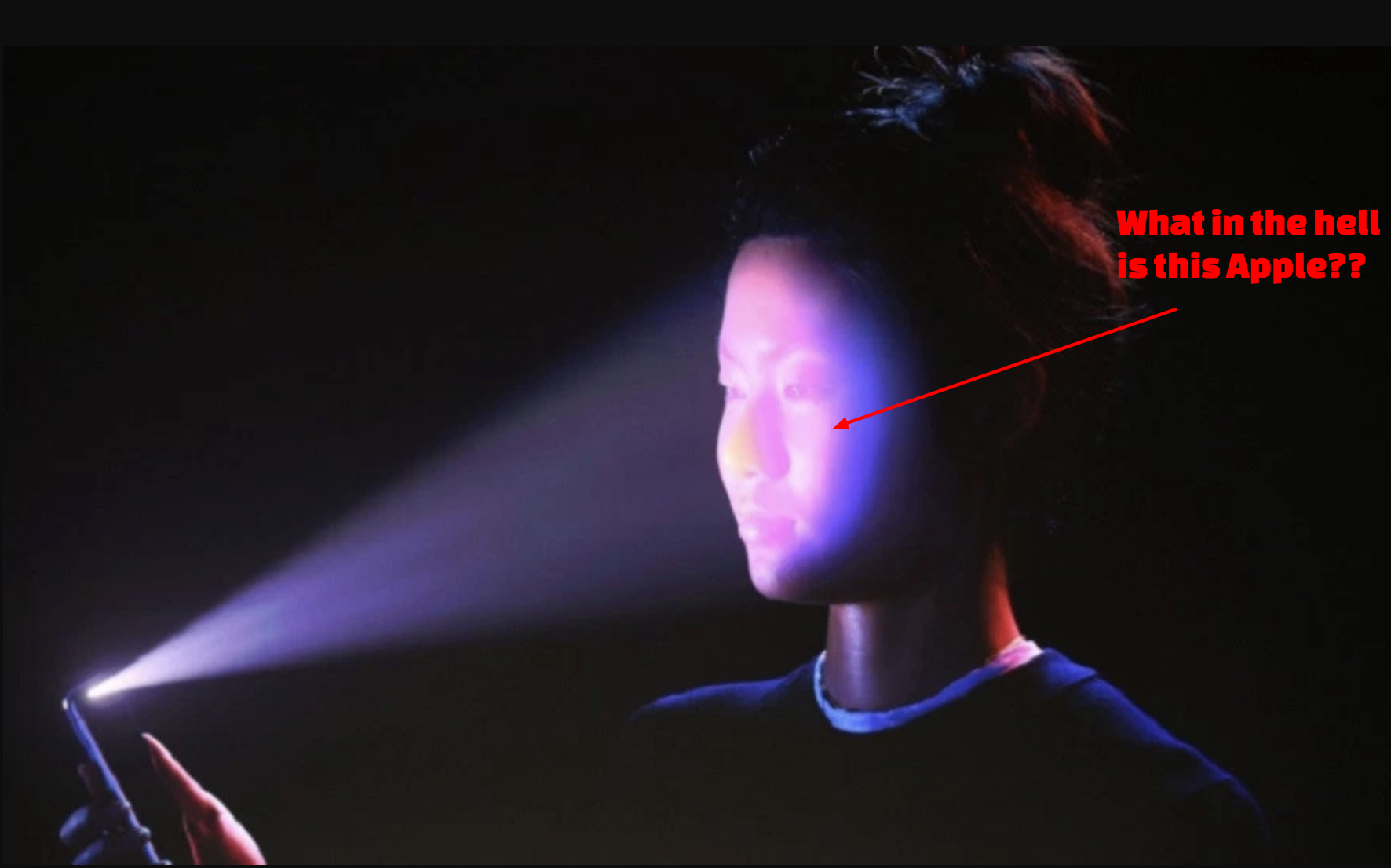 I’m sure there’s going to be some weird add-on product that’s going to show up on Amazon to fix this – A night time screen viewer for Apple. Don’t be surprised if it kinda looks like this. 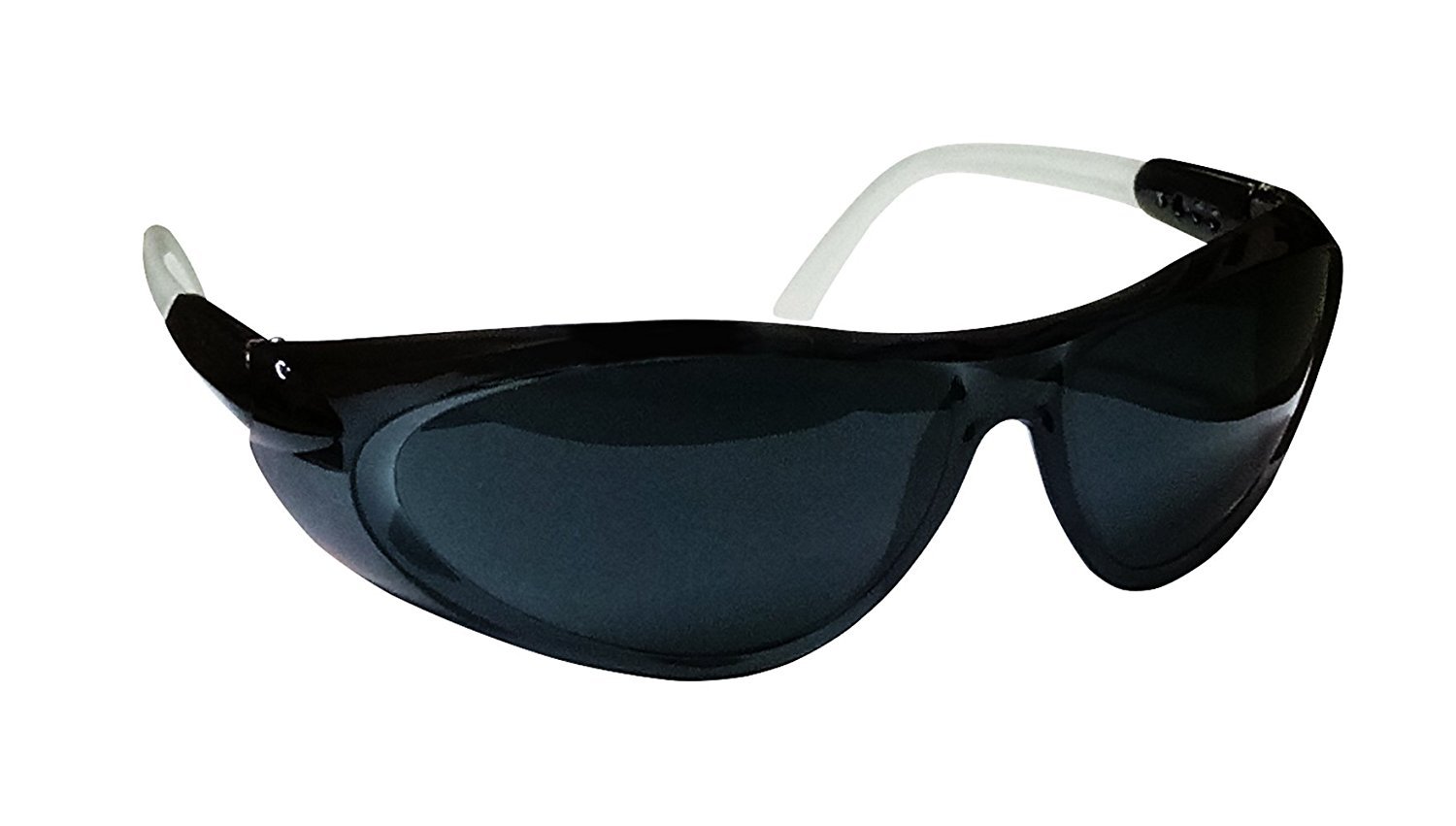 A camera with in-built lighting effects

This is mildly interesting. But you might want to argue that there are apps out there that can get this done. Apple however, built it inbuilt into the camera, so that when you take pictures in portrait mode, you can switch between different lighting modes. These lighting modes are borderline professional, so this is something worth playing around. (Again, some apps will get this done on your Android). 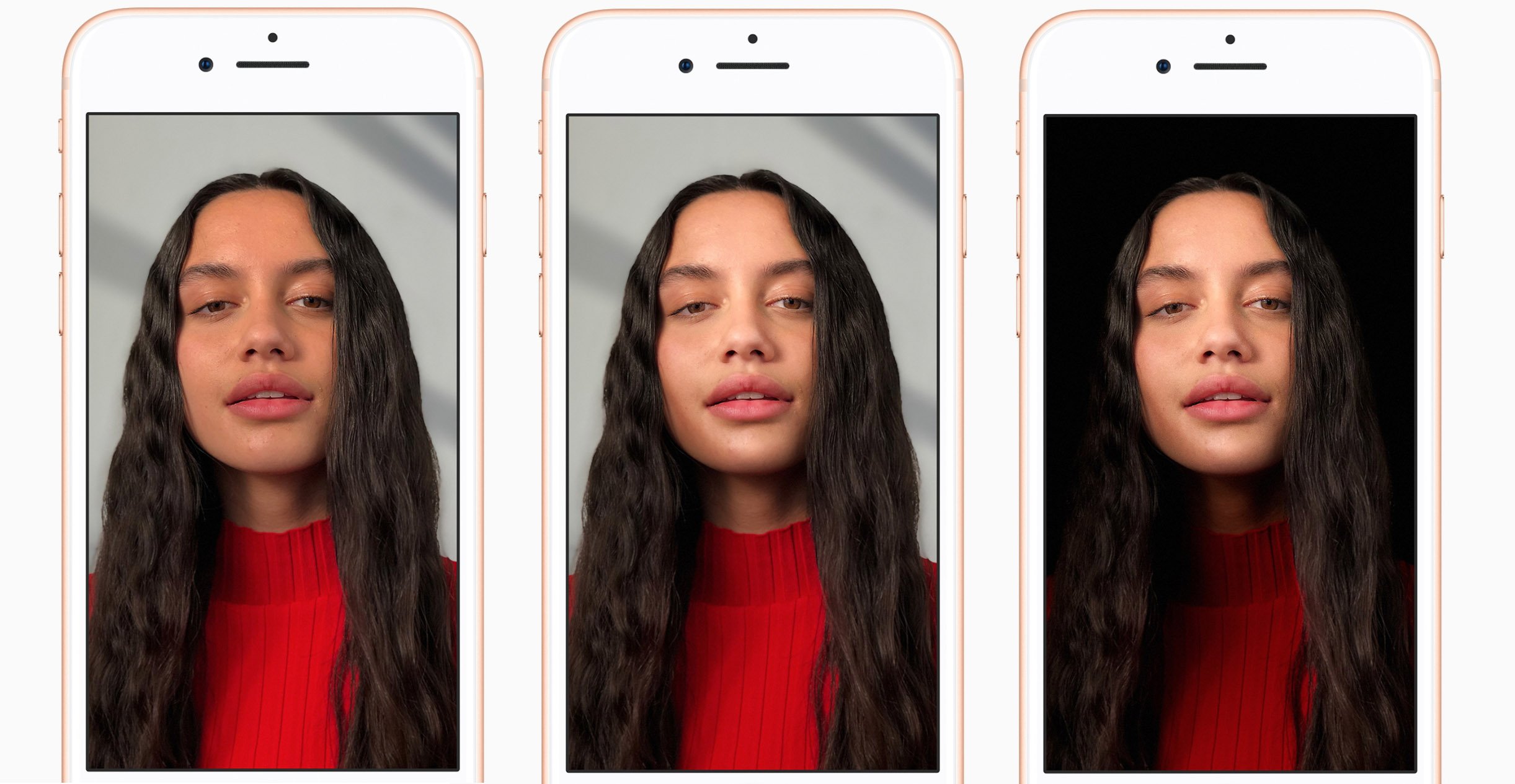 iPhone X has got wireless charging!

If your office colleague is a Samsung user or a Nokia phone user, they’d laugh at you for saying this. ‘Cos they’ve had wireless charging on their phones since the last few years. Apple finally caught up with the technology and somehow made it to look like this is innovative. Not really. So basically, you have that white “plate” over there, (which is indeed wired to your power socket).

But you place your Apple devices like the iPhone, earpods and Apple watch on top of it and it charges “wirelessly”!

And then there are Animojis (Animated Emojis)

If you are the type who uses basic emojis on WhatsApp and stuff, then you might want to stick to it. ‘Cos, if I understand you well, the whole point about using emojis is to save time typing a long word and expressing yourself better. So, instead of typing 5 words, you can actually use an emoji to express yourself. Right?

Well now, Apple has something called as Animojis, which are emojis animated. Now, instead of typing, you can take 2 minutes to act out (using your face) what you want to say/express and choose an emoji to say it out for you. Confusing? See this.

And, there are lot of emojis, err.. I mean animojis…like these.

Now, there’s also something about gaming and virtual reality, they introduced. Like you know, things popping out on your phone when you hold it against things in the real world. (Remember that Pokeman game trend everyone was after? Kinda like that) Who bothers about that sh**t? But, here’s what you need to know anyways. Meh.

And what about the price?

Are you going to buy it?

Yes, because I like iPhones for their stability. I may not use all those fancy animojis, but I like the phone. So, yes.

Should you buy it? Depends.

There are many other better options for that price you pay. Period.

What do you think?

✅ How To Stream Videos From iPhone

👉 How to Buy the New iPhone from USA to India