10 Amazing Dishes From Kerala, “Food Experts” Wouldn’t Know Of, But Only A Proud Malayali Will!

When you think about food from Kerala, only beef fry, fish fry and banana chips come to your mind – not your fault! Thank to the mainstream media and their stereotypes, Kerala food is always limited to a few dishes!

Kerala is in fact, beyond banana chips and beef fry (the best in India, btw) as it has probably one of the richest multi-cultural societies in India. With every one from Portuguese, Gujaratis, Jews, Christians and Bengalis to name a few, living in Kerala,  sharing their love for the greenery and backwaters, contribute to the cuisine of Kerala, which is far from the stereo types you know of.

Most of these dishes are not available in fancy hotels, in their original form but at Malayali house holds at local eat outs!

1. Thalassery Biriyani – The King of Biriyanis! 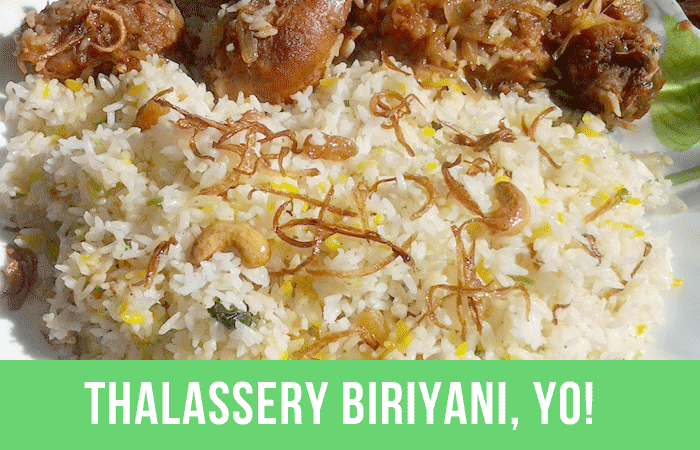 Probably the best biriyani you will taste ever in your life, this one is the king of biriyanis and is sometimes even called “Malabari Biriyani”. It’s not your average biriyani, and follows a different and unique preparation way and is a symbol of the cultural amalgamation of Mughal and Kerala cuisines. With ample amount of ghee and spice, the rice essentially melts in your mouth. The authentic recipe is only available in house holds of norther Kerala, also called “Malabar”.

Fun Tit Bit : It’s the only biriyani in India that doesn’t use Basmati rice for preparation. 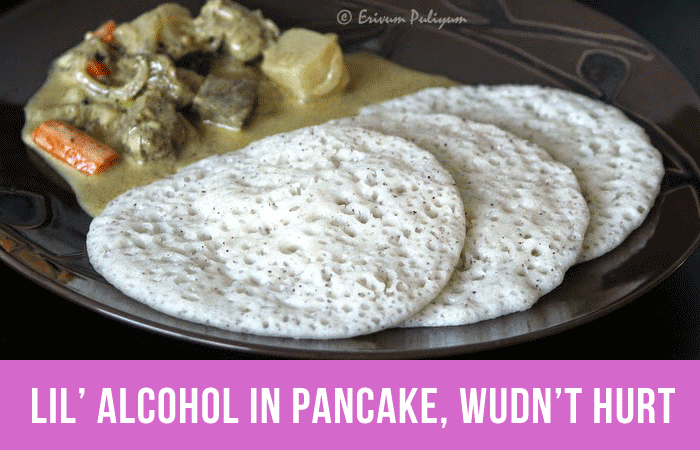 You read it right – alcohol! In Kerala, there is a special type of alcohol (you could say organic..) that is made from sap of coconut trees – it’s called “Toddy”. It’s 100% natural and is  alcoholic in nature. Malayalis use this alcohol to ferment the dough for making pancakes known as “Kallappam” (“Kallu” means Toddy) 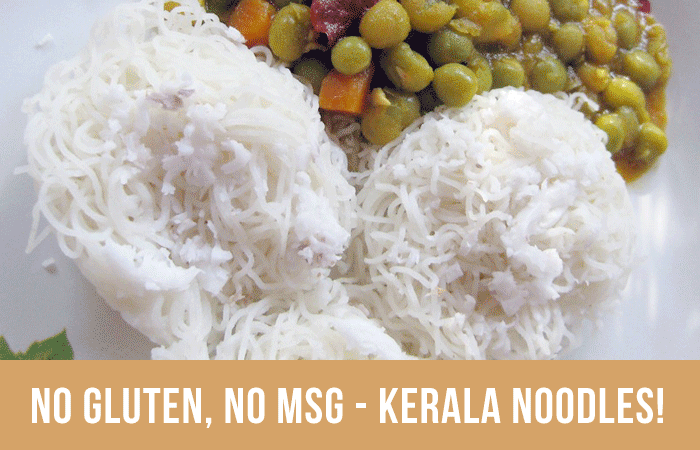 Idiyappam or “Noolputtu” is made from rice flour compressed into noodles like threads and made pancakes of. To prepare this, you need to have a special apparatus that lets you squeeze in the rice flour and have it press out as threads.
Served as breakfast with sugar and milk or curry (usually egg or other spicy curry), this guy is a must have! 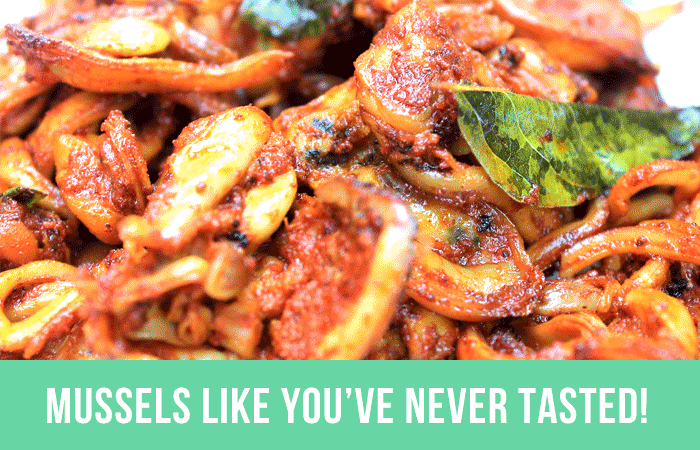 There are mussels and there is the Kerala mussels – “Kallummakai”. Typically mussles are eaten either raw or close to raw wit hjust enough cooking in other cuisines. But when it comes to the Malayali palate, nothing goes without getting spici-fied! This is a preparation exquisite to the malabar/northern region of Kerala, where fresh water mussels are stuffed with spice and cooked fry, yes fried! It’s eaten as a snack mostly and the taste is divine! 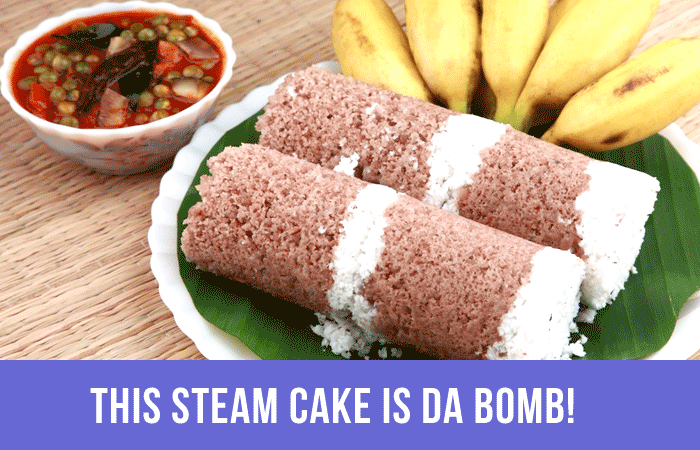 Steamed cylinders of ground rice layered with coconut! Yuumy rice – coconut – yummy rice – coconut! Goes with banana or curries! This can only be prepared with a speciality cooking apparatus known as “puttu kudam” that looks like pretty weird! The rice is steamed through the cylindrical portion and coconut is layered within the cylinder so it can be pushed out easily. There are different varieties of it, where meat and all other kind of things are inserted between the rice to make different type of puttu. There is even a dedicated restaurant for “puttu” in kochi, where only different types of puttu are served.  (I mean, who came up with this thing?) 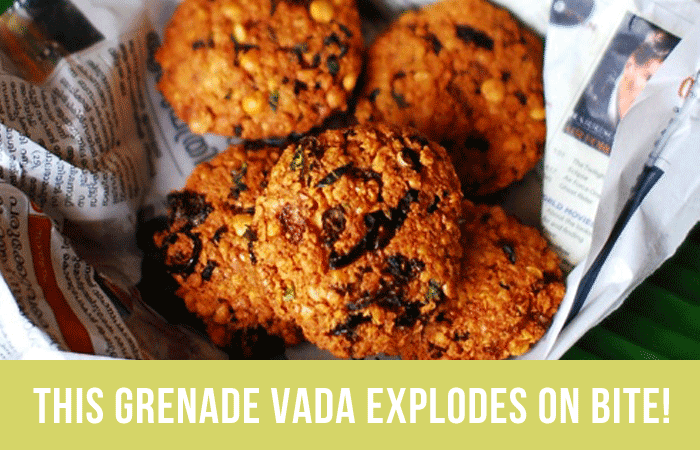 Spicy, crunchy snack made of dal and dough, this guy is an absolute relish! Only seen in local tea shops of Kerala, it is the most popular snack! 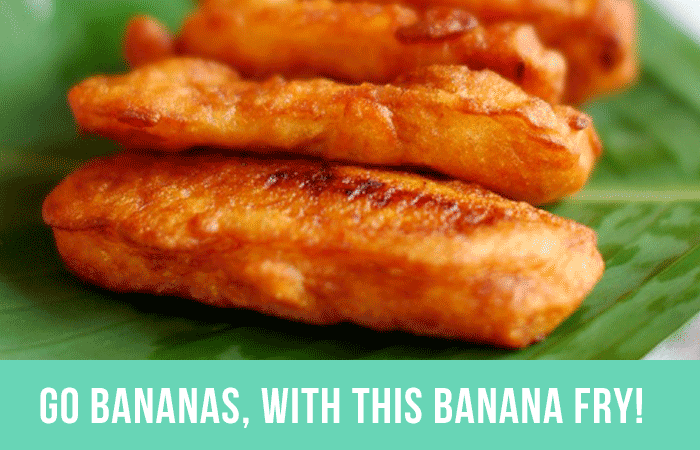 No, this isn’t the banana chips you know malayalis for. This is a special snack made from stripped bananas, coated with sweetened flour. Only seen in local tea shops of Kerala, this guy is a must have with Kerala tea. 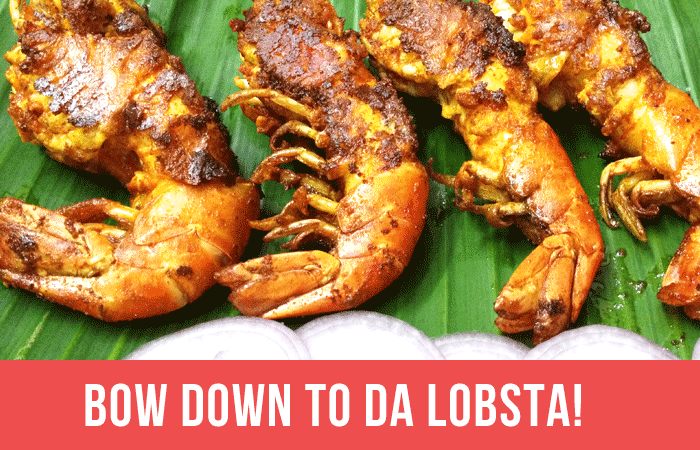 “Konju” is nothing but lobster, but when it is fried Kerala style, it’s like no other lobster you’ve tasted. The local shops do it the authentic way by roasting the Konju stuffed with spicy gravy and sometimes in it’s own juice! Not very easily available these days, but you might get lucky if you got to Cochin! (You might want to ignore the fancy star hotels if you’re looking for the authentic stuff.) 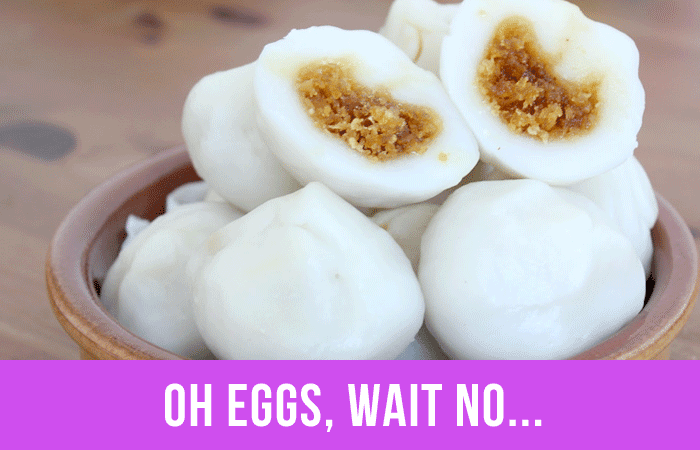 You might have tasted many sweets, but nothing will compare to the amazing kozhukatta! Hand made from squeezing in rice flour and stuffing it with a sweet mixture of jaggery and other heavenly herbs, this guy looks like an egg – only until eaten! A must have. 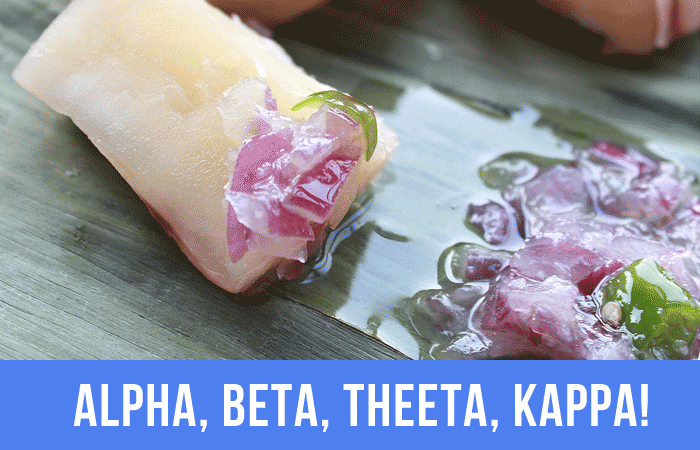 No list is complete without talking about Kappa! Brought in from Portuguese, Kappa or Tapioca or Cassava is a plant root that when cooked becomes this heavenly food that pretty much goes with everything. Though brought in from Portuguese, perhaps Keralites/Malayalis have discovered different ways to cook Cassava more than any one else. Cooked some times raw (seen white), sometimes with spice (seen yellow), it is eaten with curry, beef, or just a plain mixture of coconut oil + green chilly!

So, there you have it. Some of the authentic, home made recipes from Kerala, that you should try once in a life time.

If you go by cook books and travelogues, you might not find the real sources for these food items, or hell, you might even end up in some fancy hotels eating one of these things! Let me warn you sweetie, that is BS. The real deal, is on the streets of Kerala, in the homes of Malayalis! Hook up with one today!

Check out these amazing food blogs that has pretty much all the awesome Kerala recipes explained in full glory!

✅ Top 10 Places in Kerala To Visit in Summer

✅ Top 10 Places To Visit in Kerala During Monsoon

✅ 50+ Things Only A Proud Mallu Will Understand