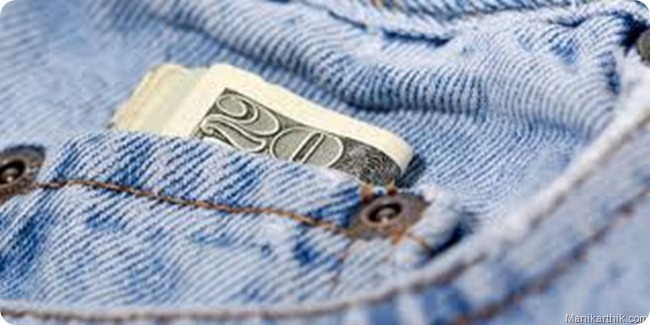 Everyone wants to make some extra pocket money, apart from their regular job or business. Here are some quick ways to earn some extra cash:

There are plenty of websites that offer some small amount of money for just clicking on the advertisements shown on those websites. This needs no fluency in any language or computer efficiency.

Anyone can earn easy money by just listening to and then writing reviews of songs on websites. These websites offer a minimum amount of money for writing decent reviews of songs and their artists. However, some people complain that earning money is a slow process here.

Many people use Twitter almost every day to share their feelings with friends and know the same about others. Twitter can also be used for earning money by inserting some advertisements, this money is paid by the company whose advertisement is placed in one’s account on Twitter.

Some people have a hobby of gambling online like playing poker, which is also considered as a means of earning easy money. Though it is a sort of gambling, many poker players earn a considerable amount of money.

Many people play online video games, which often help them to earn some extra money, after reaching a certain level of expertise in those games. Some sites organize tournaments for their games, offering large amounts of prize money to winners.

Though it is a slow process of earning, compared to the time consumed, writing is a hobby for many people who use their talent and love for writing as a means of earning some extra money as well.

Some people have a hobby of making craft items in their leisure time. They can also sell these items either physically in a store, or in some special websites that sell handicrafts, thus making a good amount of money from this hobby.

People can earn money in their free time by giving tuitions to school or college students, according to their qualification, as private tuitions are a must for gaining an education.

Earn by babysitting or opening a crèche

Many people, mainly women, have a special liking towards children, thus they can use their free time and love for children in running a crèche for babies of working parents and earn handsome money.

There are some websites that buy original photographs clicked by freelance photographers for a reasonable amount of money and publish on several websites on different topics.

Painting or sketching for money

Many artists sell their paintings or sketching for large amounts of money. Even mediocre painters can earn, by selling their works to several websites that buy different types of drawings or paintings.

People who know any foreign language can work as a freelance translator for some translation bureaus or interpreters with foreigners.

People who are experts in any kind of music can teach vocal music or instruments to interested students in their home, thus earning from it.

People who have enough knowledge of the share market can earn by making profitable deals in stocks.

There are many websites that offer to pay for responding to their surveys by filling up survey forms.

Many websites or organizations organize competitions with large prize money. People can get a chance of winning a handsome amount here.

Working as models or part-time actors

Some people have a talent for working as a model or an actor, which they can also use during their spare time.

Work as a freelance recruiter

Some people enjoy earning as a freelance recruiter for some placement consultancies, earning a good amount of incentives.

Some websites offer payment for answering questions asked by other users of the website.

Working as an insurance agent in spare time

Many people choose to work as an insurance agent alongside their usual job, to earn a handsome commission by using their contacts.

Thus, people can put extra cash in their pockets in several ways in their spare time and fulfill all their desires.

10 Ways To Spend More Time With The Family

10 Things To Know Before Getting A Car Loan