Oppo F5: It’s All About the AI-Powered 20MP Selfie Camera 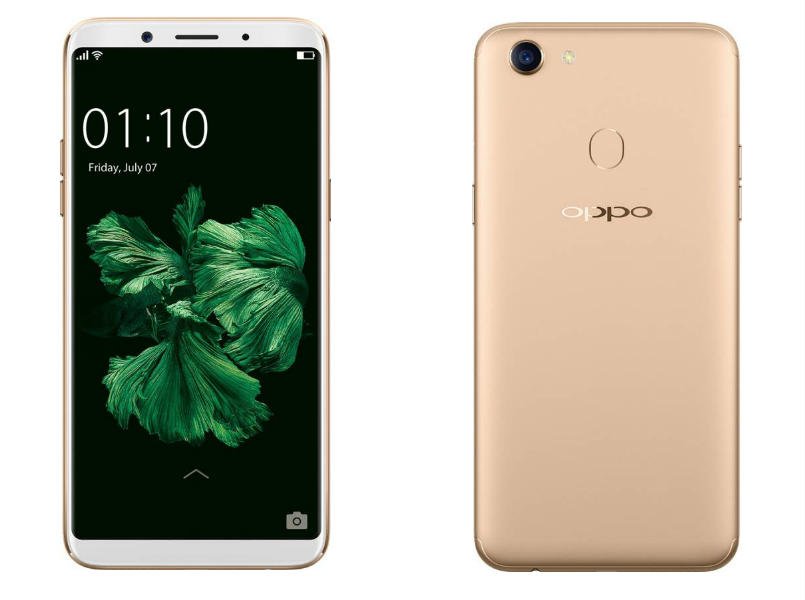 The Oppo F5 is one of the most popular models from Oppo’s’ popular F series. This selfie-centric smartphone was launched in India in October 2017, at a price of around ₹18,000.

The major highlights of the Oppo F5 are its 18:9 Full Screen display, 20-megapixel front camera and AI-powered beautification features. It is this smartphone that the company marked its entry into the full screen immersive displays trend. However, that is not something Oppo was proud of. It was the Oppo F5’s AI-powered selfie camera that the company publicized, calling the device a “selfie expert and leader.”

So, I decided to test the company’s claims. Here’s my analysis of the Oppo F5 and how it fares with the competition in the same price range in India.

The device is powered by an octa-core processor paired with 4GB of RAM and 32GB of internal storage that can be expanded up to 256GB via a microSD card. The device runs on Android 7.1 and is powered by a 3200mAh non-removable battery.

Talking of the camera, the Oppo F5 comes with a 20MP front camera for selfies and a 16MP primary camera on the rear. The connectivity options include Wi-Fi, GPS, Bluetooth, USB OTG, FM, 3G and 4G; while the sensors include a proximity sensor, accelerometer, ambient light sensor and gyroscope.

I must say that in terms of design, Oppo has taken a massive leap from its previous devices. The Oppo F5 features a bezel-less 6-inch touchscreen display that comes with a 1080 X 2160 pixels resolution. In fact, this device is the first 6-inch mid-range device from Oppo that features FHD + Full Screen display with a 2160 x 1080 dpi screen. It is due to this amazing feature that one can click pictures in full landscape view.

The handset boasts a wide-screen 18:9 aspect ratio that gave this device its distinct, taller look. However, the 18:9 aspect ratio is now a norm in smartphones. For display protection, the makers have included Corning Gorilla Glass 5 in the hardware.

The device flaunts a smooth unibody design, with nimble curves that give it a beautiful, sleek appearance, while making it comfortable to hold for long period of time, without any kind of discomfort or awkward hand positioning.

The Oppo F5 is powered by a MediaTek MT6763T octa-core SoC, paired with 4GB of RAM and 32GB of internal storage that can be expanded up to 256GB via a microSD card. The device runs on Android 7.1 Nougat with Colour OS 3.2 on top. No doubt, the specifications help the device support graphics and multimedia data quite brilliantly.

I was highly impressed by the connectivity. The smartphone allowed fast processing even when I was seriously multi-tasking. In addition, with its new face recognition technology for face unlock, Oppo claims that the device can be unlocked in just 0.4-0.5 seconds after recognizing the user.

To strengthen the phone’s security, the makers have included the fingerprint unlock function, which is smartly positioned on the back of the phone to ensure a full screen view.

The Oppo F5 comes with a 20MP front camera with 1/2.8” sensor and F2.0 aperture, something that is worth boasting about. To produce the Bokeh effect, the makers have offered “depth mode” with the front camera. I believe that the depth mode has scope for improvement though.

At the rear, the phone features a 16MP primary camera with Sony IMX398 sensor with F1.8 aperture, accompanied by an LED flash. The phone is HDR capable and produced some great images for me.

Now comes the star feature of the F5, which is the use of artificial intelligence to capture perfect photos. Due to the AI feature, this device is able to learn and recognize the differences between colour, skin tone, gender and age of the subjects in an image. Using this knowledge, it is able to deliver photos after making relevant and appropriate beauty enhancement for each subject in the picture.

The videos recorded with both the front and rear cameras were satisfactory in daylight, which can be up to 1080p. However, I wasn’t too thrilled about the 1080p video recording quality in low light conditions.

Talking of the camera app, you get modes like Video, Photo, Timelapse and panorama, which are pretty basic.

The Oppo F5 is priced slightly over ₹14,000 for the Indian market. According to the rates published by 91mobiles, the device is available at the lowest cost on PayTM mall. On using the promocode “MOB10,” you can get a cashback worth ₹1601, which makes the effective price of the Oppo F5 significantly lower than that on Amazon and TATA CliQ.

Reasons Why I Hate This Phone

The Oppo F5 is available in two RAM variants, a 4GB variant priced at around ₹20,000, and a 6GB option available at around ₹25,000. The price is justified with the hardware and specifications. However, given the number of options of smartphones we have today, the device would have garnered a larger fan following if it had been priced in the ₹15,000-₹17,000 range. You can find the best option of smartphone available under ₹15,000 here.

Oppo F1: A Smartphone that Justifies its Cost

Oppo A71: Where’s the Fingerprint Scanner?