Selfies are the highlight of Xiaomi’s Redmi Y series. In Redmi Y1, the Chinese smartphone maker has made its first attempt to create a selfie-focussed phone. Redmi Y1 is a budget smartphone launched in the Indian market on November 8, 2017. Despite its price bracket, however, this device offers everything you can expect from a Xiaomi smartphone, be it a reading mode, voice call recording, universal infra-red remote, blocklist, second space or dual apps. 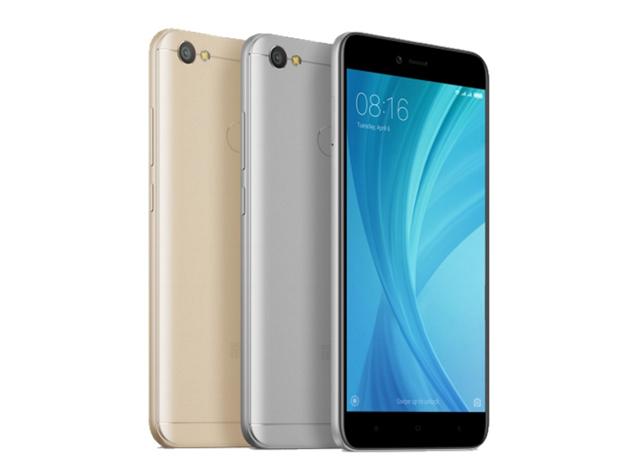 One of the major highlights of the device is that it runs on the latest MIUI 9, based on Android 7.1.2 and offering several extra features. The Redmi Y1 is available in two variants, one with 3GB of RAM and 32GB of internal storage and the other with 4GB of RAM and 64GB of storage. Both variants come with a dedicated microSD card slot to expand storage up to 128GB.

The device is powered by a 1.4GHz quad-core processor, paired with 3GB of RAM and 32GB of internal storage that can be expanded up to 128GB via a microSD card. It runs on Android 7.0 and is fuelled by a 3080mAh non-removable battery.

Given its selfie-centric nature, the Redmi Y1 comes with a 16MP front camera and a 13MP primary camera on the rear. The connectivity options include Wi-Fi, GPS, Bluetooth, Infrared, USB OTG, FM, 3G and 4G, while the sensors on-board are the compass/magnetometer, proximity sensor, accelerometer, ambient light sensor and gyroscope.

In terms of looks, the Redmi Y1 is very similar to Redmi 4. However, Redmi Y1 features a 5.5-inch display, which is larger than the screen size of the Redmi 4. The resolution of Redmi Y1 is keep same as Redmi 4 at 720 x 1280 pixels.

Due to the large form factor, the pixel density of the screen declines to 236ppi, which isn’t bad, but could have been better. To protect the screen, Xiaomi has covered it with a 2.5D curved Corning Gorilla Glass. The phones offers excellent viewing angles and outdoor legibility.

Weighing just 153 gm, the handset is extremely light. To keep the weight down, the Chinese brand has given the device a plastic body. The saving grace is that there are chrome highlights to give the impression of a metal back, in which they have succeeded.

Instead of on-screen touch buttons, Redmi Y1 features capacitive touch buttons below the screen for navigation. However, they aren’t backlit.

The Redmi Y1 is powered by a Snapdragon 435 SoC octa-core processor, clocked at 1.4GHz. It is the same processor that is used to power the Redmi 4. The Redmi Y1 comes in two RAM (3 GB/4GB) and ROM (32GB/64 GB) variants. In both variants, internal storage can be expanded to 128 GB via a dedicated micro SD card. The specifications are good enough for daily tasks and some heavy gaming too. The internals are good and provides a lag-free experience.

Coming to the software, this device was initially sold with MIUI 8 but was updated to MIUI 9 Beta on top of Android Nougat after the first few weeks of its launch. The smartphone does appear very comfortable to navigate through menus and the Settings app, mainly due to  MIUI 9.

Redmi 4 was fueled by a 4100mAh non-removable battery. However, in Redmi Y1, the capacity is lowered to just 3080mAh. Overall, I was happy with the combination of hardware and software, given the price of the Redmi Y1.

The smartphone sports a 16MP front camera with a diffused selfie flash that has significantly added to the appeal. The front camera being its talking point, Redmi Y1 is designed keeping in mind the selfie-focussed buyers. The front camera features a wider camera, which when combined with the LED flash, captures some good pictures even in low light conditions. The images were sharp and detailed. However, on zooming in, I could see a lot of graininess.

At the rear, there is a 13MP primary camera, along and the single-LED flash. The rear camera supports PDAF technology for fast focussing. Since the device is a budget phone, I wasn’t surprise when the camera suffered from too much noise in low light.

The camera apps on the device include a lot of modes like Beautify, Panorama and Manual, just like you’ll find in other Xiaomi phones. The beautify mode does smoothen the output to give a better image. However, you can still see graininess in the background.

The device have a fingerprint scanner, which has been placed at the centre of the rear, making it easy to reach for the user. It is really fast to unlock, just like the other Redmi phones.

The Redmi Y1 is priced at ₹8,999 and is available on Amazon India and Flipkart, apart from Mi.com.

Reasons I Hate This Phone

Xiaomi’s Redmi 5  and 4, with a more compact metal body and bigger battery, is possibly the biggest competitor for Redmi Y1, given their similar specifications and price range. Investing in the Redmi Y1 would only make sense if you want to buy a smartphone specifically for taking selfies that can be shared on social media.

✅ Redmi 5A Review: Is the Price too Low?