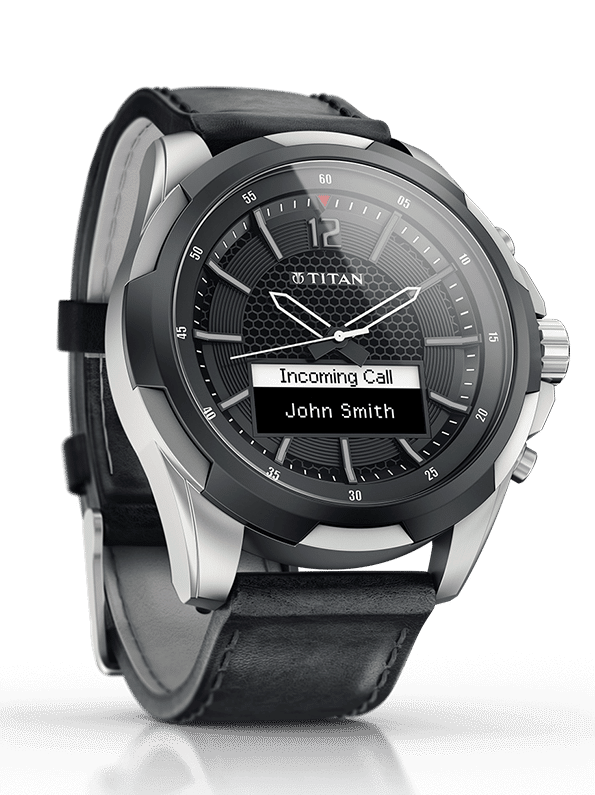 The domestic watch -maker Titan has launched its second Smartwatch in the country called Juxt Pro. Indian-based Titan is the world’s fifth-largest watchmaker and sells products in 27 countries.

Titan Juxt Pro has been developed in collaboration with HP. The Titan Juxt pro is an analogue watch that features a 1.3-inch circular IPS LCD Touchscreen display with 360*360 pixels resolution protected by Corning Gorilla Glass 3. It also comes with 20 watch faces to choose from. Like other Smart watches, Juxt Pro too connects with the smartphone using Bluetooth v4.0. The device is powered by a 1GHz dual-core Intel processor along with 512MB RAM. Users would have to install the Titan Juxt Pro and Titan safety app, which are available on Google Play and Apple Store.

Unlike other Smartwatches in the market, Juxt Pro doesn’t have a big, bright, colorful, round touchscreen but it comes with a small black-and-white LED screen that serves up notification for incoming calls, text, email, social media to name a few.

The Juxt Pro can issue more discreet notifications through different haptic vibration patterns and is equipped with a basic sensor array that tracks fitness activities. It offers 5 Atmosphere water resistances and has a battery life of up to 5days. Juxt Pro will be compatible with both Android and IOS devices.

The watch is priced at Rs 22,995 and is available for sale at select Titan stores and at some leading consumer electronic retail stores in India. You can buy the Smartwatch at Flipkart.