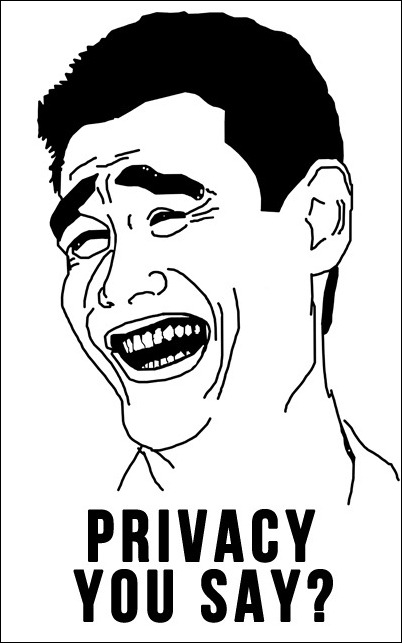 I hope you’re not surprised, but tell this to your parents or not-so-tech-savvy folks and you might get a “WTF” reaction.

This is nasty stuff. Apparently, Microsoft (which acquired Skype back in 2011) has a patent-pending that will allow them to record all calls made on Skype for security purposes. Did someone talk about privacy?

According to the paperwork Microsoft has filed with the US Patent and Trademark Office, the ability to silently record communications between Skype users is necessary for instances where law enforcement agencies and national governments may demand to listen in on or even watch conversations in real-time that are otherwise believed to be between just two parties. Their patent for “legal intercept” technology was approved last month, essentially awarding Microsoft the ability to “silently copy communication transmitted via the communication session” without asking for user authorization. Does that mean that Bill Gates’ brainchild and the feds are already using it to work hand in hand, though? Microsoft has been asked repeatedly to acknowledge whether or not that’s the case, but so far they have yet to offer either an explanation or answer.

Now, another news also confirms that Facebook has the right to scan your Facebook chats for criminal activity (for fun too maybe..).

You don’t believe it? Here’s a recent case, according to Reuters.

A man in his early 30s was chatting about sex with a 13-year-old South Florida girl and planned to meet her after middle-school classes the next day. Facebook’s extensive but little-discussed technology for scanning postings and chats for criminal activity automatically flagged the conversation for employees, who read it and quickly called police. Officers took control of the teenager’s computer and arrested the man the next day.

Facebook’s scanning program looks for certain phrases found in previously obtained chat records from people, including sexual predators. The relationship analysis and phrase material have to add up before a Facebook employee actually looks at communications and makes the final decision of whether to ping the authorities.

I mean, if you thought that Facebook chats are private and nobody can read them other than you, you’re in for some surprise. First off, there is no privacy on the Internet FYI. From cookies to secure connections, there are ways to get around if required, and now that the Government want complete (or significant) control over technology, any data is “presentable”.

Now, if you think this is scary, you should read this book – The Boy Kings. I hope, it will be an eye-opener on Facebook.

4 Ways Online Shopping Sites Can Make Me Buy More (You too..)

Google’s Most Powerful Product, Nobody Told You About