You can only love or hate Facebook – there is no in between.

The most exciting thing about Facebook is that the world is your platform. If you share something valuable, the wisdom of the crowd will take it to places you would’ve never imagined. And the problem is the same as well. Everybody can see whatever you post and share.

And there are those times when you have to selectively share things with folks in your friends list. You might want to post the picture from last night party, but don’t want your boss to see it. Or there might be that intimate message you want your ex-girlfriend to see but not your school buddies.

The trick is in selectively grouping your friends. Most people while creating their Facebook Ids will not think of this and go ahead adding friends as they come.

At a later point, when there is too much to handle, comes the privacy issues, where both your boss and school buddies see the same status update. Let’s see how we can fix this.

First off, go to this page > http://www.facebook.com/bookmarks/lists

Here, you’ll be able to see all your existing lists/groups within the friends list. Facebook does a fairly good job of arranging them automatically based on your personal details. 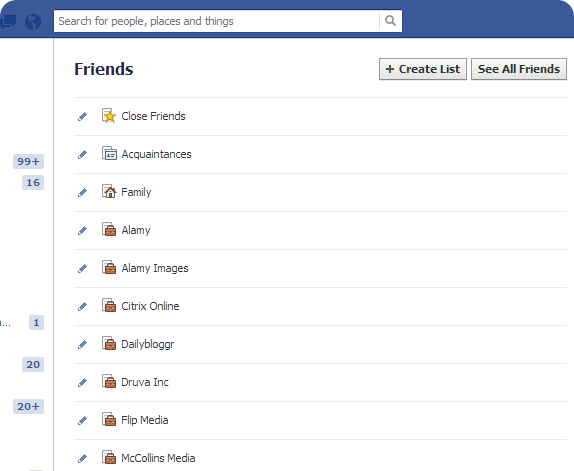 Now, apart from these automatic grouping, you can create separate groups yourself.

Click on the “Create List” button on the top and give it a name. You can then type in the names of people that you’d like to add to the group. 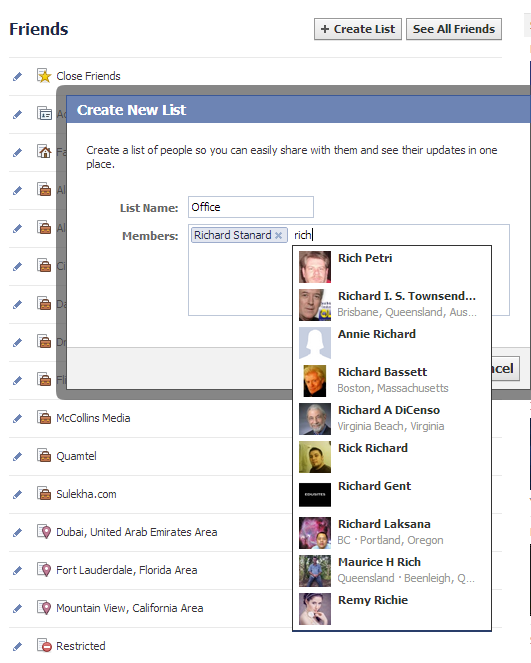 When creating groups, keep the following points in mind.

Now, you’ll be able to share Facebook status selectively between groups, without one group not seeing it from another. Here’s how.

When you create a new Facebook status update, look out for the groups icon beneath the status update window (next to the Post button). 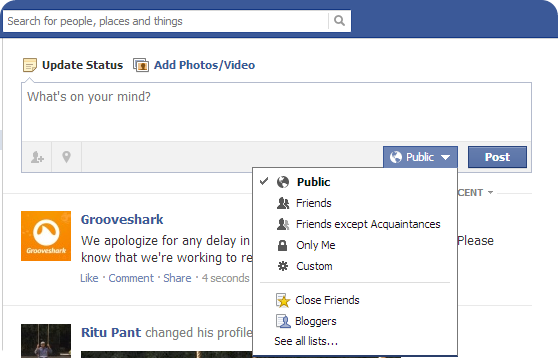 Before posting an update, select the group with whom you want to share the update. Only this group will be able to see the posts and comments on them.

However, if at any point you change your mind and want to share the same post with more groups or your entire friendlist, you can do so by editing the group visibility beneath each status.

Simply click on the small icon next to the time stamp beneath each status update and select the group from the list. 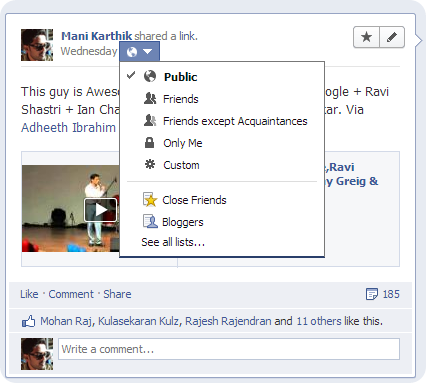 This way you can avoid privacy issues or at least, stop annoying people unknowingly with your status updates.

Hope you will use this feature wisely. Happy Facebooking!