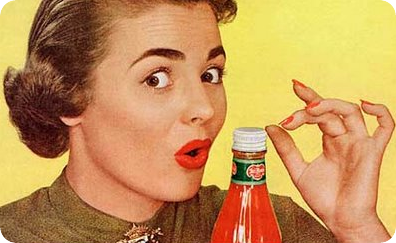 Shhhh…! Don’t tell them. No seriously, don’t. Read on and you’ll find why.

This whole thing about Facebook and people liking your posts is all about Psychology I tell you. Simple human psychology. Know what’s fascinating about psychology? It sounds silly, and people pushes it aside. But while they do it, they’re actually liking the damn thing – sub consciously! See, I told you..we’re already talking subconscious et al !

First off, you got to understand that…

Facebook is one big conspiracy. Woven on human psychology.

We use Facebook for one simple reason that there is all a pervert within all of us. You want to know what’s happening with the other guy. Of course, “pervert” is a harsh word for seemingly simple things like such but in the name of “friendship”, people lurk around other people’s lives, like how they wouldn’t in real life. So given a chance, the pervert in us, would become active.

So, this thing is not as simple as you think it is, after all.

You got to understand this.

Imagine everyone on your friend list are stalkers. Entice.

Pardon me for repeating this or don’t. But you got to do this to be successful. What would perverts and stalkers like? Lurking around other people’s stuff. Entice them. Become a master at that. Give them stuff they’d like. So much so that they’d enjoy it and at the same time, crave for it. The point? Views. You can almost be sure that they’re stalking around your stuff. Like your photos at the party. Candid stuff. They love it.

Now, there’s a problem (likely) here. The point of our exercise is to get “Likes” isn’t it? But perverts like to stay undetected. A “Like” would be like the biggest mistake they can possibly think of while stalking your stuff. So, understand that they won’t. Which takes us to the next point.

Give them something to bite on.

Something raunchy. Out of the box (metaphorically suggested as their news feeds). Example: That funny video you created with your ex-girlfriend, where you’re singing drunk. Post it on Facebook (not on YouTube). Posting on YouTube will take all the juice out, so make sure you keep it within your court. Show it off very well, so that they are forced to bite on it. After all, a Like is all we want. Remember?

So just be stupid.

Trust me the trauma they will go under for being silent on the stupid things you post is one of the most miserable things you can imagine in the world today, to anybody.

So traumatize them with your stupidity.

Give them no choice. Make them either like you or dislike you.

Nothing in between. Let them not ignore you. Make them feel the pain.

That’s  how clever people do. Why was Rebecca Black the most viewed person on YouTube? Because her video was stupid and people loved to call her “stupid”. Little did they realize that you cannot call someone stupid without telling others. And while they do it, they push the button. And that’s all we need.

Not Stupid? Okay, be original but help someone or don’t be.

Seriously. For those who cannot be stupid, or entertaining or amazingly helpful to others, there’s no chance to be liked. Understand that you’re taking too much space and resource.

Be genuinely helpful, do something nice and human, go visit an old age home, go on the street, buy the homeless some food, go climb a mountain and shout out to the world that you want to help the poor.

Too much to handle? Facebook is not for you, sir.

Sorry TweetDeck, This is it!