How to get rid of plastic bags creatively

Plastic bags are one of those unfortunate things out there. They’re very much used daily, in various parts of the world, but hated as much in other parts at the same time.

In India, I recall them being used as a common packaging item at groceries while the “green folks” wanted them out quoting potential environmental hazards. There was even a bio-degradable or “acceptable” quality plastic bag brand once, but they never ceased to exist. 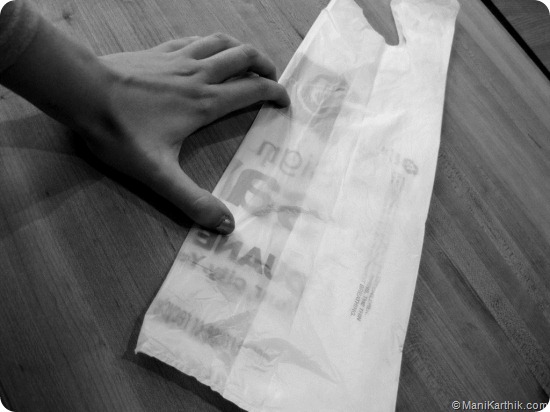 Here in the US, I don’t seem them being used as frequent as in India, except some packaging uses, very rarely.

It is interesting how George Carlin, once mentioned them in one of his shows, where he ridiculed the “green folks” being overly cautious about plastic bags. According to him, plastic bags were never the problem.

Anyways, if you’re anywhere in India or a place where plastic bags are used extensively, you’ll have couple of them lying around in your kitchen. In my case, they’re pretty much “omni present” at the house.

Here is an interesting way I found (I mean, on the web) to creatively arrange them, than letting them being the floating around chaos.

How iPhone5 Unlocked works with T-Mobile