So, Kred and Klout. If you have been living under a mouse, you wouldn’t know what they were. 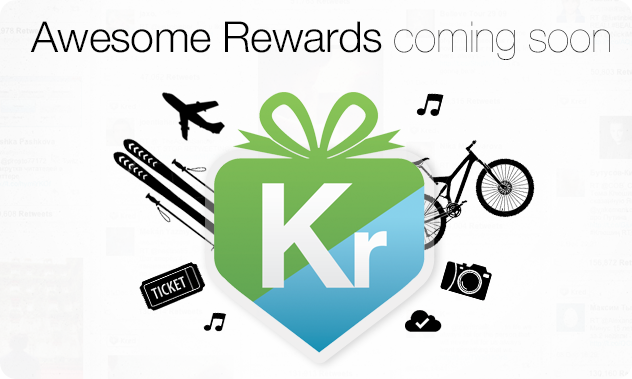 If you’re on Twitter, Facebook and other such social media networks (which we all are), let them know and allow them to calculate your influence score. Based on which categories you do well and are influential about, there might be gifts that you are eligible for.

Good news is that more and more companies are on the look out for influential folks on social media to try out their products.

I’ve tried Klout for some time. They have an interesting influence calculation model, not to mention a great UI. It takes into consideration most of the popular social networks like Facebook, Twitter, YouTube etc. Compared to Kred, they have more reward programs but from what I’ve seen, I’m not sure if they have a good outreach mechanism. Two gifts that were sent to me were not delivered, once cancelled and once the reward program itself was withdrawn soon after participation. It never worked, basically. But I’ve seen folks who’ve received stuff from them.

Recently, Kred has been doing things far more efficiently and in a better way than Klout. I think their influence calculation model is more interesting. Also, the first gift they promised actually got delivered – without anything being done or asked from my side.

Long story short, not sure if which one is “better” but it sure looks like Kred has an efficient way of doing what they’re supposed to do as opposed to Klout who’s more of promises. (Oh! Have to add – I’ve never received a reply on Twitter from Klout but Kred was always there to respond quickly – a very strong signal that they are more reliable and trustworthy.)

Hope they both win.

Kred, thanks for the gift, by the way.