The Nikon D4 is a digital SLR camera which is perfect for action or sports photography and is one of the most preferred choices of top professionals today. This model is an up gradation to its earlier launched FX digital SLR camera, the Nikon D3. With a 6400 ISO, low noise and a boost to 25,600 D3 turned out to be a big hit and proved to be a big challenge for Canon and other competitors.

But today with D4 Nikon has a greater challenge is to produce a better camera that is persuasive enough to make existing D3 shooters purchase as well to redirect the potential switchers from other brands. 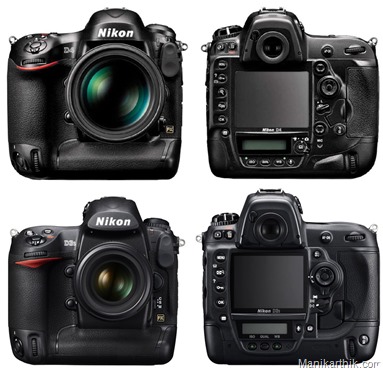 The Nikon D4 is a 16-megapixel FX sensor with EXPEED 3 processing engine which uses an upgraded Multi-CAM 3500FX auto-focus module. It is capable of recording 1080p Full HD movies at 24/25/30fps as well as 720p HD footage at up to 60 frames per second. The Nikon D4 comes with microphone and headphone jacks and an HDMI port that allows for the streaming of uncompressed video to an external recorder or monitor. When you focus on D3 the video and ultra-ISO are great but one does find it difficult to shoot in manual focus.

The focusing screens on auto focus cameras don’t go quite well with the tasks that old-fashioned matte and split field screens were designed for. But with Nikon D4’s 500mm reflex mirror lens it becomes much easier to capture moving items and fleeting images that were considered impossible earlier. D4 and D3 are seen to use the same number of pixels of 91,000. But Nikon D4 has a larger display of 3.2 inches compared to the 3 inches spotted on D3. Even though this cannot be considered an upgrade the pictures taken do seem to look sharp and clear. 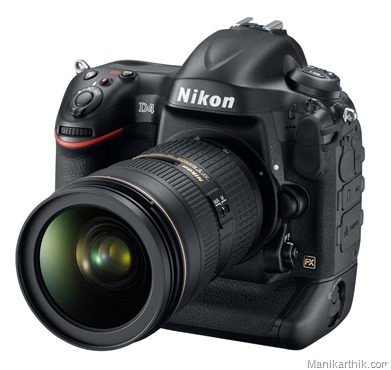 The layout of Nikon D4 is very much similar to D3 and so previous model users will not have much difficulty in operating it. Here they have provided an extra little finger grip on the vertical hold which corresponds with the horizontal. The Live View button has been slightly moved, and there’s a dedicated video record button just north of the main shutter button. Nikon D4 has an addition of two tiny joysticks on the back of the camera. These assist in making Auto focus selection easier. The joysticks are intuitive to use and work well, but are perhaps a little too easy to bump by accident.

Now Nikon D4 has come out with an upgraded version of the Multi-CAM 3500FX autofocus module that made its debut in the D3. With a total 51 AF points the new addition has improved its sensitivity (down to -2EV) and support for lens-teleconverter combinations as slow as f/8. Changing the focus mode and the AF Area mode – single, 9-, 21- and 51-point dynamic, 3D tracking and Auto Area are some features that are incorporated.

The high performance ISO is another interesting feature of Nikon D4. It can shoot excellent photos up to ISO 12800 and can go for four extra boosts up to 204,800. But at higher points the images can get grainy and as such you wouldn’t require it that often. The advantage here is that you can shoot in near darkness with 50mm lens and in true darkness with a wide-aperture lens without having to worry about insufficient light. Apart from the HDMI port it also an Ethernet connection port as well as a socket that allows the attachment of the new, separately sold WT-5 wireless transmitter. The Nikon D4 features two memory card slots, namely, Compact Flash and XQD.

The Nikon D4’s new EN-EL18 battery surprisingly offers shorter than the D3 series. As per a CIPA rating the D4 can produce 2600 images per charge and there is no doubt that this can be considered as a significant battery life. But it’s considerably behind 4200 images produced by EN-EL4a battery pack of D3.

Nikon D4 offers similar features of D3 with respect to color reproduction, auto focus but again it has new additions like Ethernet jack, 1080p movie mode, perfect manual focus and an external microphone jack. It’s a camera which offers everything as far as professional photographer is concerned. The only problem is to own such an advanced camera would require us to spend a hefty amount from our pockets.

Learn to crack secret codes with Cryptanalysis from the FBI