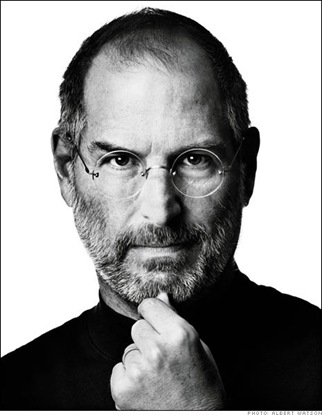 Not all CEOs are inspiring. Don’t want to even think about naming them ‘cos if I do, I might just go on editing/updating the article frequently, so let me stick to the inspiring ones, you know the ones with the halo – like Steve, Steve Jobs that is.

Steve despite his recent fumbles, stand out to be the best in the league of inspiring personalities, at least in my perspective.

OK, let me try to describe – He’s a wise, clever, tough, re-invented, self studied, disciplined person who can make things (esp things he makes) look really simple yet powerful and breathtaking. Be it apple or his life.

Now, that might be the Mac fan in me but guess its fair enough.

Here’s a nice piece of article I found recently at Mario Sundar’s blog.

The top and the best quotes from Steve Jobs – of all time.

This is what I call bookmark stuff !