Obama cannot use his Blackberry because of security issues

After the election, it turns out that Barack Obama has to leave behind a lot of his old habits. One being his addiction to the Blackberry, which has been a constant companion through out his career and proved powerful during the election times, when it was attached to his belt. 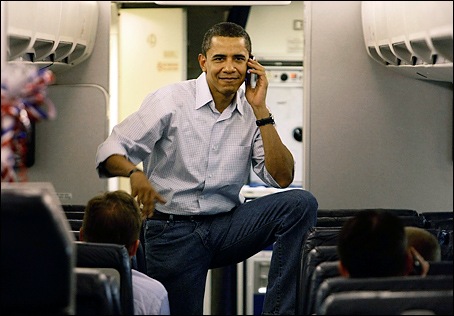 Now, the President of America, he being the latest one, has to go by the rules and code of conduct which will not allow him to use his blackberry.
Source

How sad ? In my opinion the Blackberry guys should gift him a custom one. May be / May be not.