But this might be a teaser, looking at it from the lite side.

Looks like there’s going to be a meteor shower on October 21st and 22nd and they’re called Orionids. 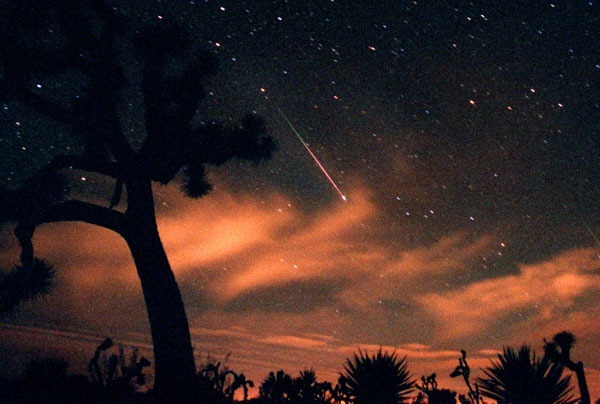 Actually, this is a regular phenomenon that happens every October. The Orionids occur each October as the Earth passes through a trail of dust left by Halley’s comet. When one of those dust particles — about the size of a grain of sand — enters Earth’s atmosphere, it excites the air molecules through which it passes, causing them to give off light. And they’re called Orionids because they seem to originate from the Orion constellation.

Don Yeomans, manager of NASA’s Near-Earth Object Program Office,  explained that a large, waning crescent moon will be in view when the Orionids peak. That sounds cool.