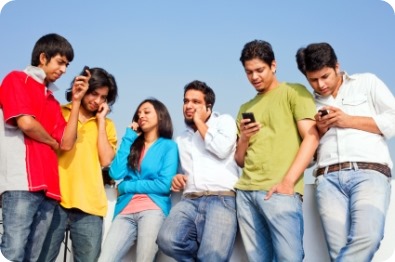 That’s good news indeed. According to the Internet and Mobile Association of India, a recent study of numbers revealed that in 2014, digital media incl. online advertising spend in India will hit up to 2,938 crores by 2014.

2013 has seen a lot of activity compared to past years, India is currently at INR 2260 crores already. Though a bit late, the Indian market has seen the biggest traction during the last couple of years, all thanks to social media and mobile.

The biggest movers and shakers have been search, social and mobile with over 50% to 300% growth compared to 2010 numbers.

2. Search and display advertising continue to form a large portion of the overall pie in 2011-2012. Though declined in 2012-2013, owing to the rise in the mobile, social media and video advertising.

6. 84% of the internet traffic still comes from the personal computer – laptops, netbooks & desktops.

These are great insights to learn from. Nothing surprising here but most stats are tailing from the global phenomenon of social and mobile taking over and rapidly taking the hockey stick spike.

With many of the online properties I deal with showing consistently more than 20% mobile traffic, these numbers look promising.

The report can be downloaded from here.

Take Group pictures without handing over your phone to a stranger