Vivo V7+ Review: Is the Price too High for Good Selfies and a Big Display? 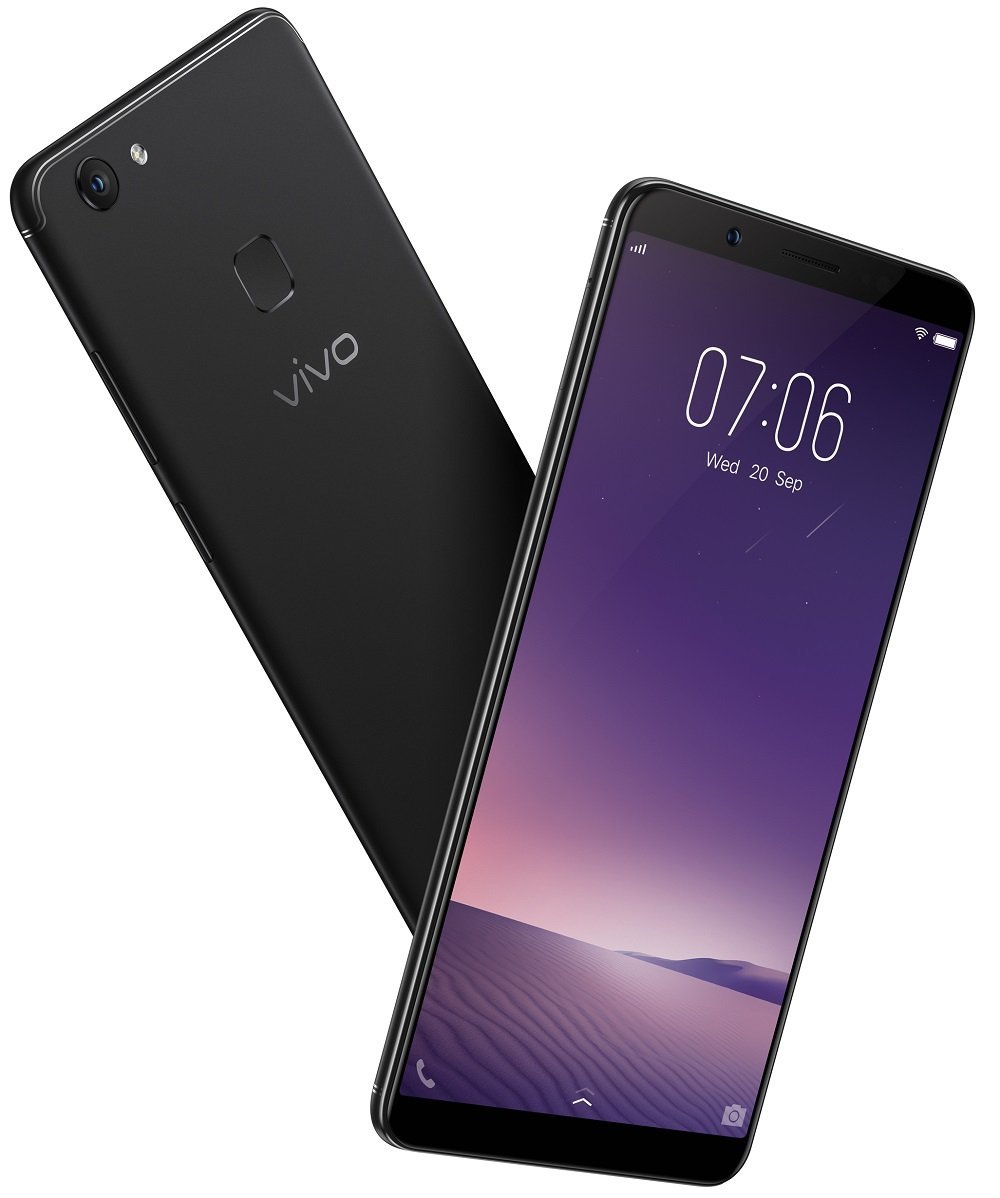 Vivo launched the V7+ smartphone in India in September 2017. Available in champagne gold and matte black coloured variants, the Chinese smartphone brand has expanded its product portfolio in the India market with the Vivo V7+. The phone became an immediate success due to its amazing battery backup and nice camera. It is also the company’s first smartphone with ‘Full View Display’ and an 18:9 aspect ratio.

However, the major attraction of the Vivo V7 Plus is its 24MP selfie camera and metal-finish unibody. The V7+ comes with a price tag of about ?16,000 for the Indian market. Soon after its launch, the Vivo V7+ started being compared to the Oppo F5 and Samsung J7 Pro.

To target the millennial population of India, Vivo collaborated with Indian fashion designer Manish Malhotra in February 2018 and launched this selfie-focused flagship in the “Infinite Red” limited edition, according to Gadgets 360 Degrees. This model was priced at ?22,990 and was made available on Amazon and all offline stores across India.

Other than the 24 MP front shooter, it is the heart shaped motif that is the major attraction of this smartphone. With an enchanting design, the company had popularized this limited edition phone as the perfect gift for Valentine’s Day.

Vivo V7+ is a dual SIM (GSM and GSM) smartphone that accepts Nano-SIM in both slots. The V7 Plus features a 5.99-inch IPS display with a resolution of 1440×720 pixels. The smartphone sports a metal unibody, powered by Qualcomm Snapdragon 450 chipset and 4GB RAM. It has 64GB of internal storage, which can be expanded up to 256GB via a dedicated memory card slot. The phone runs on the customized Android Funtouch OS 3.2, updated by Vivo. The dimensions of the Vivo V7+ are 155.87 x 75.74 x 7.70 mm. The phone weighs 160 gm.

The smartphone offers various connectivity options, like GPS, Wi-Fi, Bluetooth, USB OTG, FM, 3G and 4G (with support for Band 40, used by some LTE networks in India). The sensors include the proximity sensor, accelerometer, ambient light sensor and gyroscope. 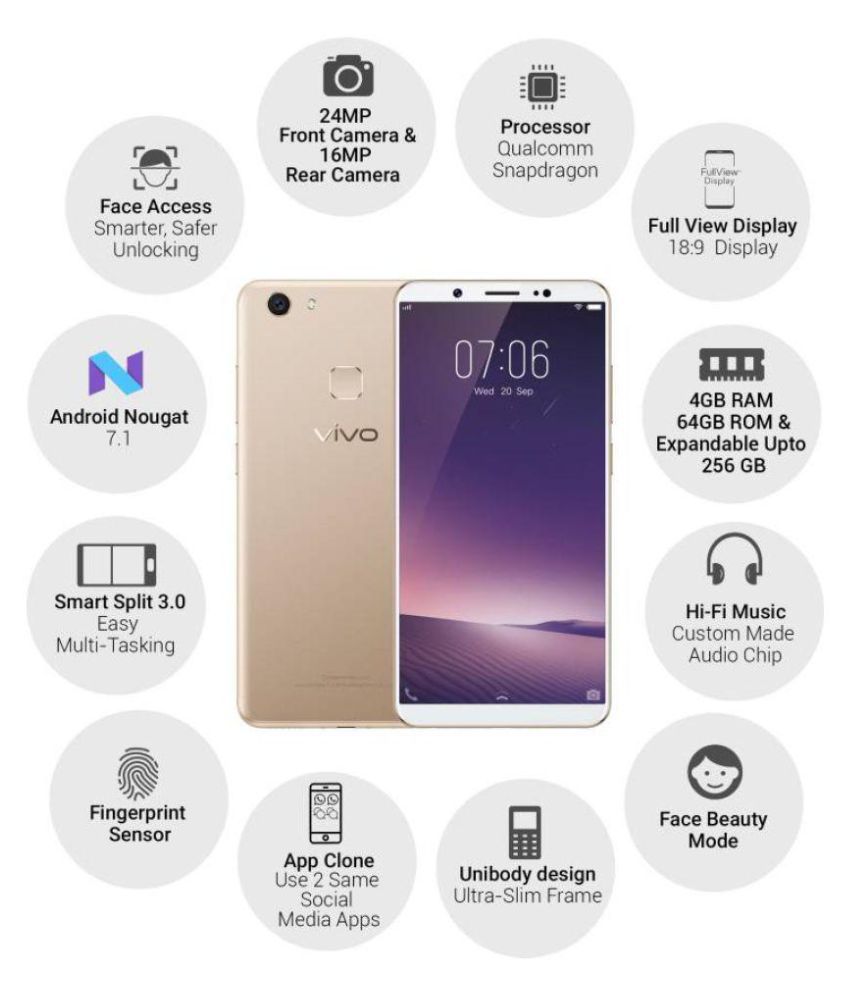 Vivo V7+ gets 9 out of 10 points from me in terms of its build and looks. With a new 18:9 aspect ratio display, Vivo took a major leap from its previous models. The V7+ flaunts minimum bezel, with very slim borders. The company has covered the display with a 2.5D curved-edge Gorilla Glass screen, which I think adds to the beauty of the screen. However, I found the 720×1440 pixels HD resolution in a 5.99-inch screen a major flaw in this phone.

Just 7.7 mm thin, the Vivo V7+ has an extremely soft grip. It is so light weight that one can easily carry in the pocket, all thanks to its plastic body that looks like a metal unibody. The chrome accents included at the top and bottom edges give this finely-designed phone a sophisticated look.

On the bottom, one can find the traditional Micro-USB port, speaker grille and headphone socket. To the right are the power and volume buttons, aligning with the finger movement habits of users. In the middle of the rear is the fingerprint sensor and just below it is the Vivo logo.

However, one problem that I faced was that this phone has the older micro-USB port, rather than the Type-C port that most other smartphone brands come with.

Vivo V7+ is powered by the Snapdragon 450 Qualcomm’s 400 series top end processor, which gives it its great performance, better than most of its peers. The high performance makes this phone suitable for gaming and multitasking. However, you’ll definitely feel the need to buy a better smartphone with Qualcomm’s Snapdragon 625, available in the same price range.

On the other hand, the 4GB of RAM and 64GB of onboard storage could keep you loyal to the V7+. The smartphone is powered by a customized Android, Funtouch OS, which has been updated by Vivo to version 3.2 for this model.

The user interface is smooth, but you might find it slightly irritating to shuffle your hands about to reach various corners of the taller screen.

The 3225mAh battery is great and can last for a day, when used for regular tasks. The Vivo V7+ comes with a quick start guide, headset, data cable and 10W charger, silicone case and SIM ejector tool. However, I found that that the battery takes quite long to reach full charge. 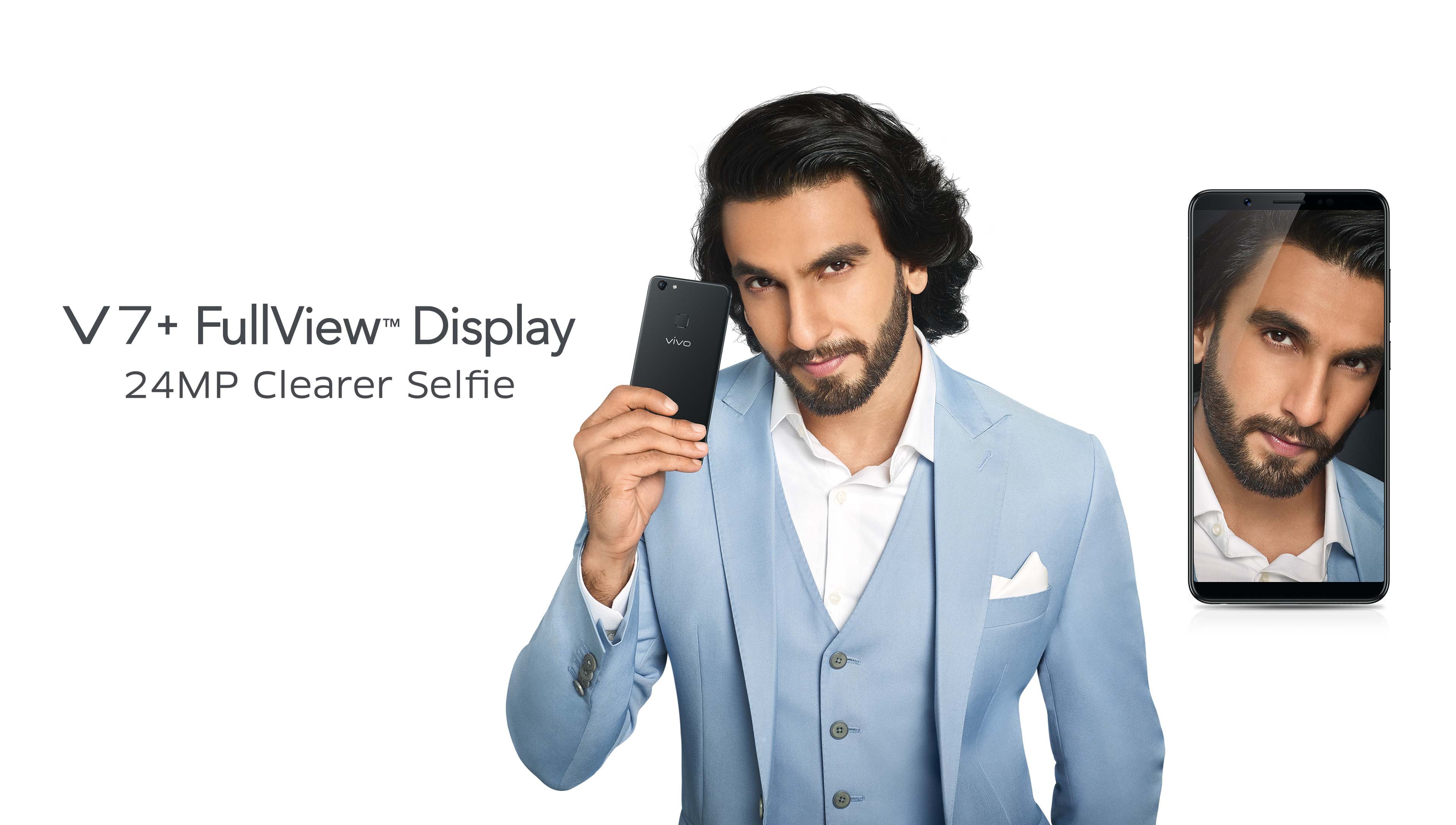 The V7+ features the company’s favourite, 24-megapixel sensor with aperture of f/2.0 in the front camera. This camera comes loaded with some beauty modes, which you’ll find useful, both while taking selfies and during video calls. The camera picks up details and colours well, even in low light. As a result, selfies are great, thanks to the ‘moonlight flash’ will light up your face perfectly.

The rear 16-megapixel sensor supports PDAF and capture good details and colours as well, regardless of the lighting conditions.

As I mentioned earlier, Vivo V7+ is priced at around ?16,000 for the Indian market. And the “Infinite Red” Vivo V7 Plus limited edition model is priced at ?22,990. The high price of the V7+ is something I am concerned about. The market is flooded with smartphones that are competing with the V7+ in terms of features and performance, while being price at about ?14,000-?15,000.

Reason I Hate This Phone

Should you buy the Vivo V7+?

I have a mixed feeling regarding the Vivo V7+. When we have more features and more powerful specifications available in much better-built models available at a lower price, buyers may find themselves confused about whether they should invest in this Vivo smartphone. Check out the newest mobile phones from Vivo here for better options.

Vivo Nex Review: Own a Phone with a “Popup Camera”?