Gaining popularity as the iPhone X wannabe, Vivo V9 is the Chinese smartphone maker’s latest addition to its selfie centric lineup. This phone is a clear indication of how much smartphone makers from across the globe take inspiration from Apple’s mobile phone designs. 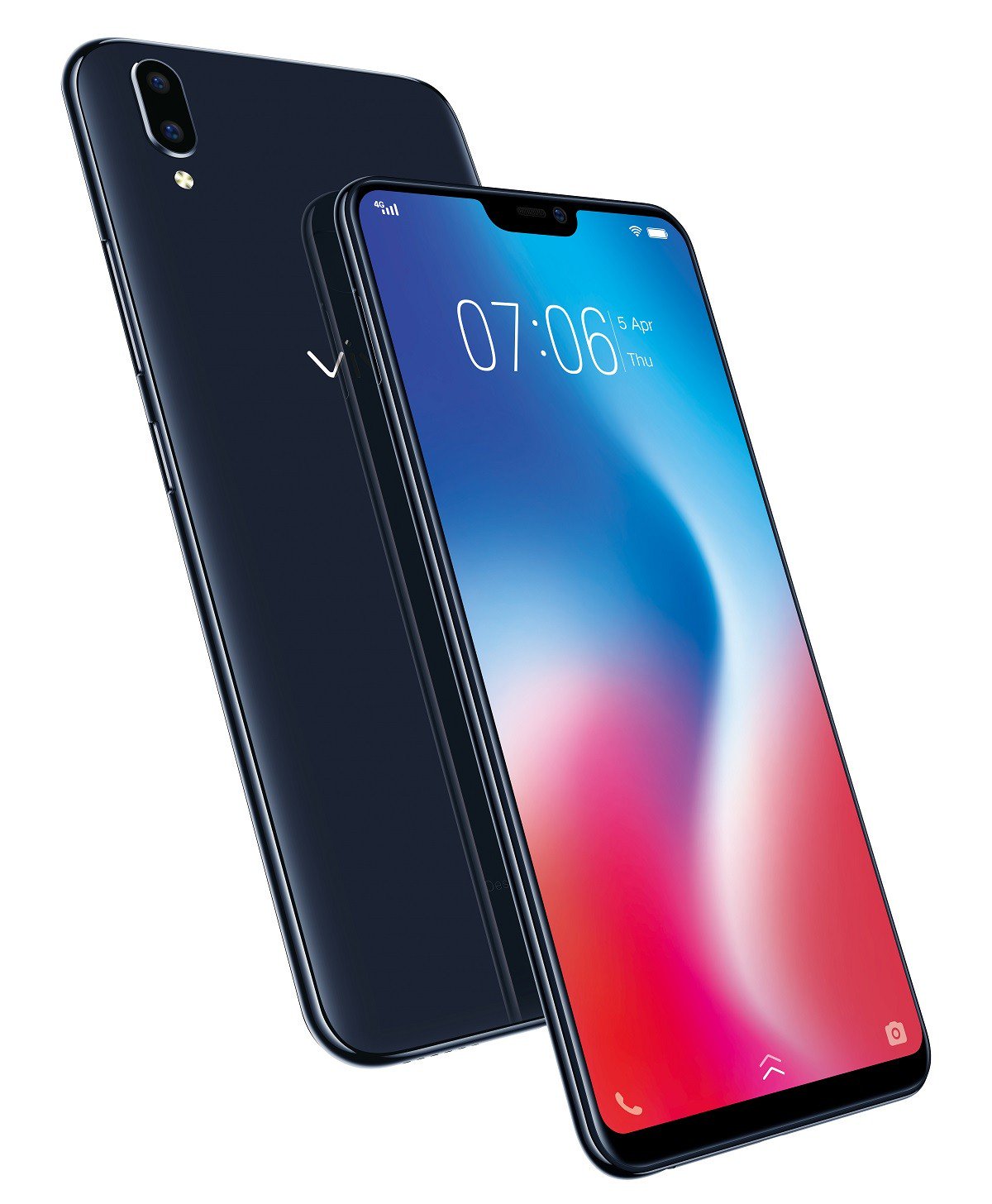 Vivo V9 was launched in the Indian markets in March 2018. However, this iPhone X lookalike started to make headlines much before its launch, thanks to the big display, thin borders, notch at the top and the thin screen bezel. And when it comes to Android smartphones with a notch, Vivo V9 has only the Oppo F7 for a faceoff. However, more smartphones with an iPhone-like notch are expected to be launched soon.

Here are my thoughts on the Vivo V9.

Featuring a 6.3″ (15.51 cm) display, the Vivo V9 has a Full HD screen resolution of 1080 x 2280 pixels with IPS Capacitive Touch. This mobile phone is slim at just 7.89 mm and weighs 150 gm. Powered by the Qualcomm Snapdragon 626 octa-core processor and coupled with 4 GB of RAM, this smartphone runs on the Android 8.1-based Funtouch 4.0 operating system. The device also features a 16 MP and 5 MP rear camera with a 24-megapixel front shooter for selfies. It comes with internal storage of 64 GB, which can be expanded up to 256 GB via a microSD card. 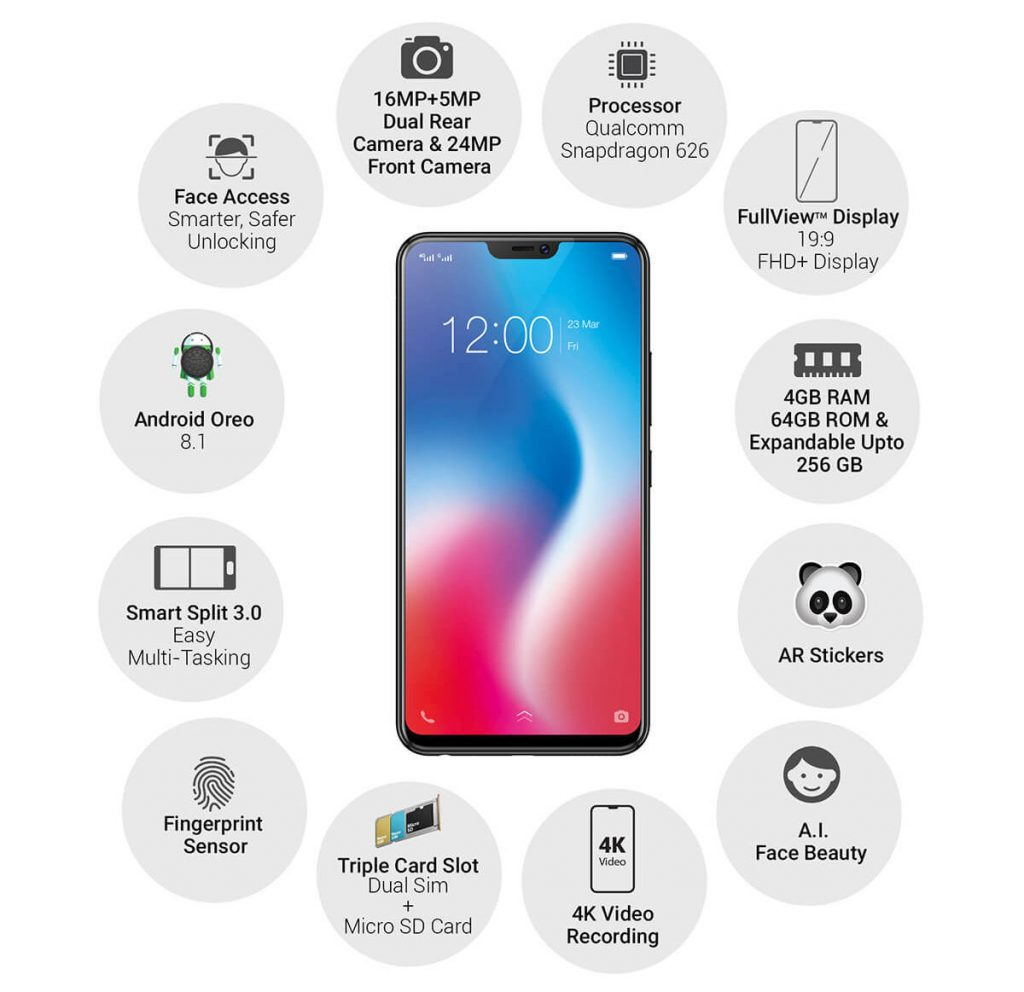 Vivo V9 flaunts a light and thin design and its appearance is extremely beautiful. The vivid, 6.3-inch crystal clear full HD display and a 90% screen-to-body ratio that covers most of the front of the device give the V9 its premium look. In the limited space remaining in the front is a small chin at the bottom and the iPhone X-like notch on the top. For navigation, Vivo has opted for software buttons instead of hardware ones to reduce the size of the bottom chin. In fact, the navigation buttons are reduced to mere indicators, taking inspiration from iPhone X’s gesture-based navigation system.

The use of high quality plastic at the back, curved on the corners, Vivo V9 is extremely comfortable to hold in the palm of your hand. There is a fingerprint scanner at the back to unlock the phone. 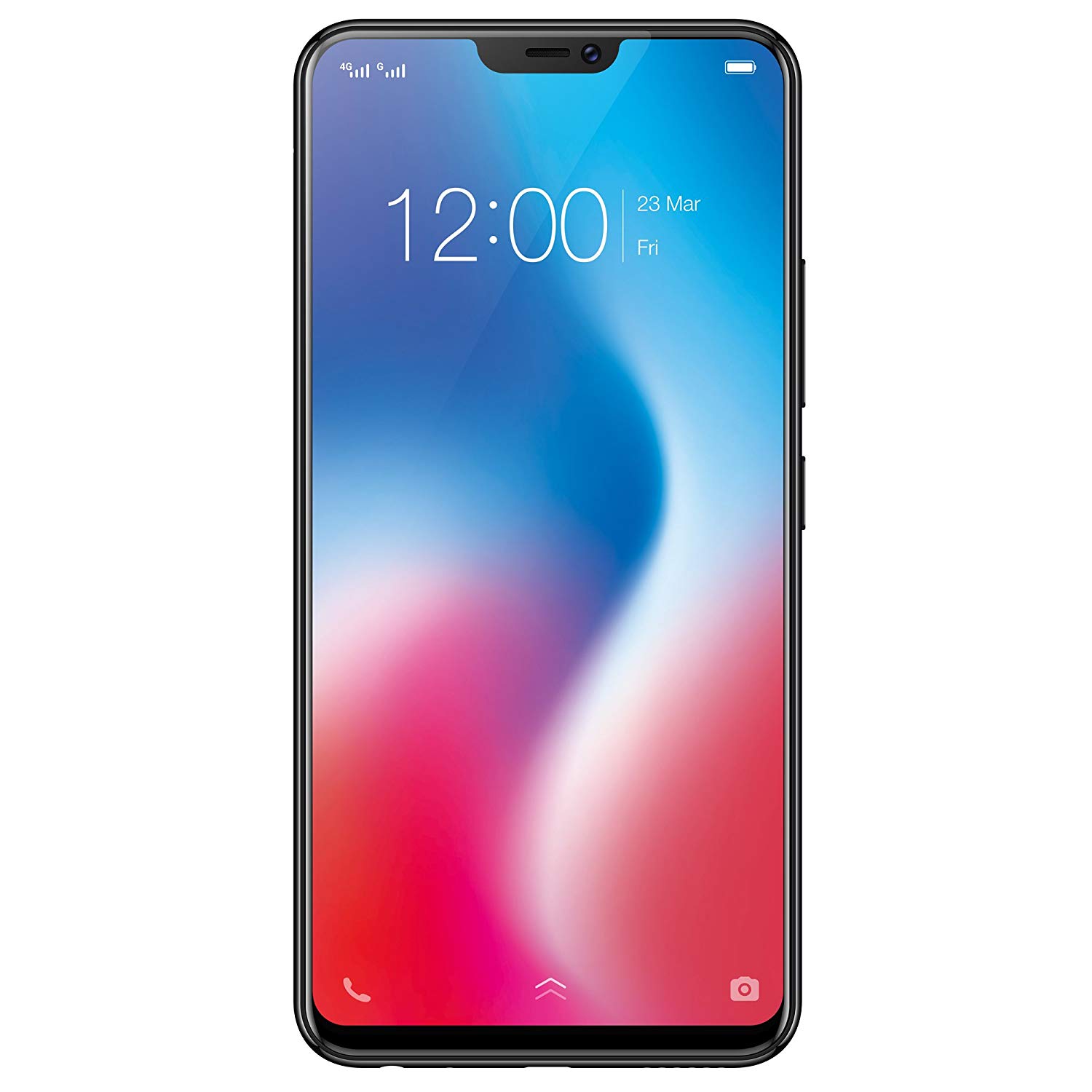 The V9 is powered by a Qualcomm Snapdragon 626 octa-core processor, and equipped with 4GB RAM and onboard storage of 64GB. As a result, the smartphone is able to deliver an excellent experience for intensive tasks like gaming and social media.

If you like to watch videos or play a lot of games, you can further expand the smartphone’s storage up to 256 GB by adding a micro-SD card.

The Vivo V9 features the latest Android 8.1, known to boost operating speed and battery life. This Android version has features that improve security as well.

The smartphone is powered by a 3260 mAh battery that offers average battery life. You’ll need to charge this device after every 12 hours, if your smartphone time includes intensive tasks like watching videos on YouTube or using WhatsApp. However, in case the tasks are less demanding, you can easily stretch it for 20-24 hours.

Loaded with a 16 MP rear camera sensor with an f/2.0 aperture and a 5 MP camera sensor for sensing the depth, this phone lives up to Vivo’s promise of outstanding photography. For selfies, the smartphone features an industry-best 24 MP camera sensor at the front. However, there isn’t any difference in the camera app from the previous Vivo models.
The Chinese smartphone manufacturer has taken advantage of AI (Artificial Intelligence) in V9’s beautify mode, to detect gender, age, texture, skin tone and lightning conditions when taking photos or during video calls using apps like Facebook Messenger, WhatsApp, etc., to enhance the look of the final image. However, stay prepared for a not-so-good photo quality when the light isn’t good or the conditions aren’t favourable. In low light, especially in the evening, the camera takes longer to lock focus, which can give you blurred images at times.
The inability to capture details and get the perfect shot in low light can be a major reason why some people choose not to invest in this Vivo smartphone with 24 MP front shooter.

Vivo V9 was launched in India with a price tag of Rs,22,999. However, it was always a matter of debate whether the phone has the hardware to justify this price. Experts suggests that the lack of the most common USB Type-C port, weak battery life and average camera performance in low light could make buyers rethink about investing in the Vivo V9.

If you are interested in buying the V9, you should know that Vivo V9 received a price cut of Rs.2,000 in July 2018 and is now available for about Rs.20,990 on Vivo’ e-store, Flipkart and Amazon. This could be the good news students and selfie enthusiasts have been waiting for.

Reasons I Hate This Phone

Overall, the Vivo V9 does has some positive qualities. However, if you are looking for value for money, this might not be the best choice. Here are other options for best mobile phones in India.

Vivo Y69 Review: A High Price to Pay for Selfies