Who is responsible for school shootings? We are. Involuntarily 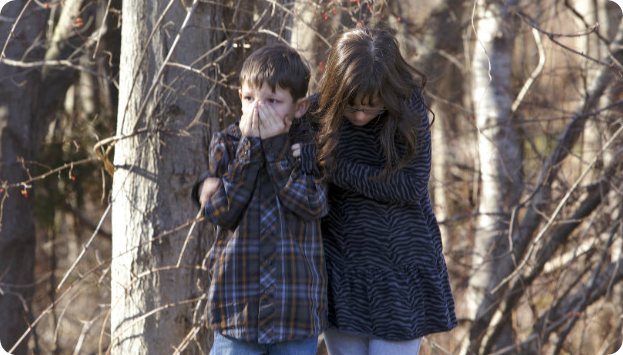 Can’t imagine how someone even at their insane best can think of opening fire at elementary kids. But its real, like many other things we thought were "shocking" and would never happen.

The society we live in has evolved into a phase where what was once considered “evil” is not, anymore. Evil for one is pleasure for another, loss for one is sacrifice for another. This is real, this is the world we live in today.

One thing we always keep doing, despite repetitive disasters is to take sides and play the blame game. If its your loss, its the other guys fault. I’m not responsible, but the other guy is.

Sure, there are sides and there is the wrong guy in all mistakes. But who is responsible for creating the wrong guy?

Not an inch of doubt that we ourselves are responsible for this culture. There are patterns to study from the past here.

A recent report by the FBI, suggests that drugs, access to guns, and mental “sickness” is the reason to outbursts like school shootings.

According to the report –

Youth violence has been one of the greatest single crime problems we face in this country. We have focused on this problem, working in partnership with state and local governments to develop prevention and enforcement programs that work. Youth who commit crimes of violence must be held accountable, and the punishment must be firm and fair and fit the crime.

At the same time, we must do everything we can to prevent crime in the first place.

We have shown that if communities, schools, government and  other key players pull together to address the roots of violence, we can make America safer for our children. Communities around the country are proving that prevention and intervention strategies that help keep our young people out of trouble do work.

It is, therefore, critical that we do all we can to identify young people who need our help, and then get them the help they need.

We must continue to search for those crucial behavioral and environmental indicators which suggest that a threat of school violence may be real.

If we use this threat assessment model judiciously–and we must, because the risk of unfairly labeling and stigmatizing children is great–then we will be able to fight, and win, the war on two fronts.

But the “sick” guy is sick because of us. He got access to guns from his dad’s cupboard. He was mad at his friend because he was bullied.

Not trying to defend anyone. Neither am I trying to justify any incident.

We should find the root cause of these problems. Declaring someone mentally “sick” is just a tag based on visible manifestations of his/her behavior. We should be able to proactively identify, act and stop such “sick” people from being created, in the first place.

That somebody is you and me.

You and I do have the power to stop people feeling bad about themselves. At least the folks around you.

Kids are the future. If they aren’t happy, we are faking our happiness. There is no meaning to your efforts to make this a better place.

Instead, just selfish thoughts that make believe us that we’re good. We’re safe.

My thoughts and prayers to all the families who lost the love of their lives today. (School shooting in Connecticut)