Want To Immigrate To Canada? Here’s A Quick Guide 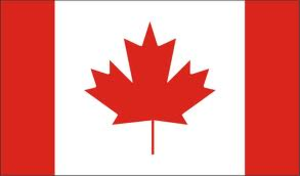 Here’s some great news for those of you considering migrating from India to Canada. The 2017 immigration plan announced by Canada’s Minister of Immigration, Refugees and Citizenship John McCallum raises the nation’s target for the economic class and the family unification class of migrants.

Although the total target for 2017 remains at 300,000 new immigrants into Canada, the target for the intake of refugees has been reduced, while that for economic class has been increased from 160,600 in 2016 to 172,500 and for the family reunification class from 80,000 in 2016 to 84,000. The economic class is the category that’s most used by Indian immigrants into Canada.

The most efficient way of immigration from India to Canada is under the Express Entry System, which was rolled out by the Government of Canada in January 2015 to ease the immigration process. It is an electronic system for applying for Permanent Residence (PR) in the economic immigration class.

The first step is to complete your profile through the Express Entry System. To be eligible, you would need to clear the cutoff score in the CRS (Comprehensive Ranking System) set up by the Canadian government. To calculate the score, the CRS assigns points for core human capital factors, skill transferability factors, Canadian study experience, qualifying job offer and factors relating to a provincial nomination. This would include factors like your age, level of education, total work experience, Canadian work experience and language proficiency, among others.

You would need to appear for a language proficiency test in either English or French, and submit the result sheet along with your application. All candidates are also required to undergo the prescribed medical examinations to be conducted by a designated medical practitioner in India.

The immigrant authorities select the top profiles and send ITAs (Invitations to Apply) for PR. The selected applicants would then have 60 days to submit their applications, with supporting documents. You would also need to pay an application fee.

Categories Under the Express Entry System

Broadly, there are four categories through which one can apply:

Federal Skilled Worker Program (FSWP): For this, you need to have worked full-time for at least a year. In case of part-time, you should have completed at least 1,560 hours of work.

Canadian Experience Class (CEC): Among the many requirements to be met are 12 months of full-time or equivalent number of hours in part-time skilled work experience in Canada over the last three years.

Provincial Nominee Program (PNP): Canadian provinces can select candidates from the Express Entry system and nominate them for immigration into the country. Under this are the:

Other Routes for Immigration from India to Canada

Quebec Skilled Worker Program (QSWP): This is another commonly used method of applying for immigration into Canada. You would need to complete your profile on Mon projet Québec.

Family Class Immigration: This would be the method of applying in case a permanent resident of Canada or a Canadian citizen is sponsoring you.

How to Send Money from India to USA Outward Remittance