WhatsApp has become the most used chatting App in recent years and it is a cross platform which supports many devices like Android, Blackberry, iOS and Windows phone. There are many chatting apps which can be used as WhatsApp alternatives. The most popular ones are given below.

Viber is a cross platform chatting app developed by Viber Media Inc and it supports Android,Blackberry,iOS and Windows phone. It can be used to send free text ,picture and video messages to another viber user located anywhere in the world.It does not need any registration as it uses phone number as the identity. Apart from messages, it is also used make calls,share photos and location.

WeChat is a cross platform chatting app developed by Tencent Inc and it supports Android,Blackberry,iOS and Windows phone. It is used to chat with your friends in a live session either through single or group conversation. It also has other features like backing up the chat history,sharing photos with your friends,recording your voice message and sending that to your friends,sending emoticons,sharing your location,integration with Facebook etc. 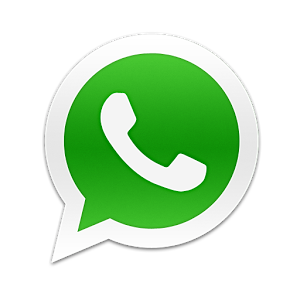 Line is a cross platform chatting app and it supports Android,Blackberry,iOS and Windows phone.It is available in many languages like Italian,Spanish,Hindi,Portuguese etc. It is used to make single as well as group chats with many friends at once and you can chat with 100 people at the same time. It has the Shake it feature using which you can add a friend by simply shaking the devices of both together. It is also used to send voice messages,video messages,location info and photos to your friends.

Kik Messenger is developed by Kik Interactive Inc and is available in many languages like Arabic,Chinese,French,German,Japanese,Spanish etc. You have to register yourself with kik as it uses username as identity  instead of phone number. It supports Android,iOS,Blackberry,Symbian and Windows phone. The main features include individual or group chat up to 13 people at a time,offline messages etc.

Hike is a free app developed by Bharti Soft Bank and supports Android,iOS and Windows phones. The main features include unlimited single or group chat with up to 50 people at the same time,sending stickers to your friends,sharing status updates,moods,photos,emoticons,videos,location,contacts etc, sending offline messages. Hike takes your phone number as an identity so you don’t need to register.

ChatON messenger is developed by Samsung Electronics Ltd and works in 9 different kind of platforms including Android,iOS, and Windows based phones. It is available in over 60 languages and used in more than 200 countries and it is becoming the No.1 mobile messenger in US and France. The main features include single or group chat with your friends, sharing photos,videos,multimedia messages etc. It also has auto translation feature which you can enable when you are chatting friends with other language.

Textra messenger is developed by Delicious Inc for mainly Android based phones. The main features include single or group chat with your friends,sending picture and Multimedia messages to your friends, sending animated pictures and emoticons etc.

Skype is not used for making voice and video calls but also used as a chatting app.It can be used to make single or group with your friends. You can retrieve the chat messages or chat history from a particular contact from the time the contact is added in your friend list. It is also used to send any file format to your friends. It is possible to share the screen with your friends. It supports Android,iOS,Blackberry and Windows phone.

Google Hangout is also a better chatting app in addition to voice and video calls. It is the simple and best chatting app and the past chat history for a particular can be retrieved and saved. It is also used to send offline messages and sharing multimedia content. It supports Android,iOS and Windows phone.

Facebook is not only a popular social networking site but it can be used for chatting with your friends in Facebook. It supports Android, iOS and Blackberry phones. You can chat with your friends in your Facebook like any chatting app. You can make group conversations very easily by sending the messages to groups at a single lick. It is also used to share contacts, location, pictures etc.